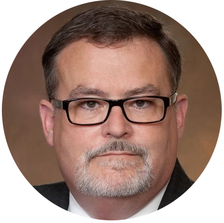 It started with a single entry for an obscure budget item on the Lansing School District website that caught the attention of a Michigan Capitol Confidential reader.

That tip led to the news site exposing a decades-old practice by the state’s largest teachers union that allowed the highest-ranking members of that private organization to use their six-figure union salaries to spike their public school pensions.

The practice was allowed under the law but had not been public knowledge. The reaction once it was exposed was outrage.

Cook’s deal allowed him to turn a 25-hour-a-week job as a paraprofessional with the Lansing School District into an estimated $105,000 annual pension when he retires. After 15 years as a part-time teacher’s assistant, Cook signed a deal in 1993 with the district that allowed him to work full time with the MEA while still accruing years of service for his public school pension.

Richard Halik, the superintendent who signed that 1993 deal, said recently the district never envisioned Cook would be “on loan” to the MEA for 20-plus years and then use his $200,000-plus MEA salary as part of the calculations for his public school pension.

Former MEA President Iris Salters signed a similar deal with the Kalamazoo Public Schools. That allowed Salters to collect a $140,000 a year pension when she retired from the MEA in 2011. Salters had worked 32 years with the Kalamazoo Public Schools before leaving for the MEA in 1999. She had a MEA salary of $235,447 in her final year with the union, which she was able to use as part of the calculations for her public school pension.