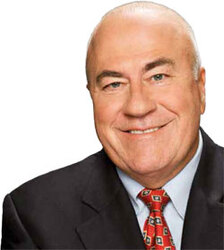 When members of the media need facts, they turn to the Mackinac Center.

On the Oct. 27 edition of “The Frank Beckmann Show” on WJR AM760, Beckmann praised four Michigan senators who voted against the continuation of film subsidies, which benefit a few, but cost all taxpayers.

Michigan’s film subsidy program has cost taxpayers nearly half a billion dollars, but has resulted in no new jobs. It also takes money away from other projects that better serve the public like roads and public safety.

When talking about film subsidies, Beckmann referred to Michigan Capitol Confidential work that showed there were fewer Michigan film jobs in 2013 (1,561) than in 2008 (1,663). 2008 is when the film subsidies started.

Beckmann called the program, “Handing money out to Hollywood.”