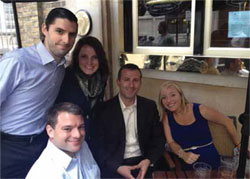 Director of Labor Policy F. Vincent Vernuccio and his wife Katie stopped by the British Free Market think tank, Institute of Economic Affairs while they were in London in August. In true British fashion the policy analysts took their American guest to a local English pub for a proper pint of bitters.

Policy and outreach officers at IEA were interested in learning about how American policy organizations work together. IEA is leading a collation effort called EPICENTER which will be similar to the State Policy Network in America. Officially launching last October the burgeoning pan-European network will help instill more freedom and liberty into the European Union. 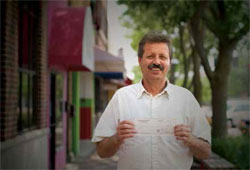 Steven Glossop (pictured left) shows the check he received of all the returned dues that were previously taken out of his mother’s Medicaid checks.

The Mackinac Center Legal Foundation litigated on behalf of Glossop and Patricia Haynes in 2012 after the Service International Employees Union skimmed money out of checks that were intended to care for vulnerable people in Michigan.

Glossop and Haynes did not want to belong to the union and thought it was wrong that money was being taken out of Medicaid checks to support a union they disagreed with.

Thanks to the work of the Mackinac Center, the dues skim ended and Glossop and Haynes received all the money back that was taken out of their checks. 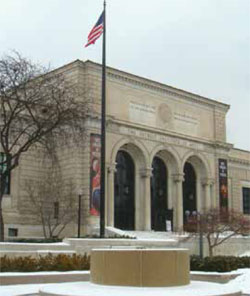 When Michigan Capitol Confidential breaks a story, the mainstream media listens, but it may take a little while for them to catch on.

All this while the institute’s website says it has a “structural operating deficit.”

It benefits from a $230 million millage, which was passed by voters in Macomb, Wayne and Oakland counties in 2012.

Because of the reporting, Oakland County commissioners threatened to pull the funding near the end of October.

In early November, directors of the DIA repaid $90,000, but as of the printing of this IMPACT, it’s still uncertain whether the money taxpayers spent will be returned.