Watch this video online at http://goo.gl/vir4nG

Senior Investigative Analyst Anne Schieber was among five finalists in Reason’s 2014 Video Prize. Specifically, it was her video that showed how state bureaucrats were encouraging tax assessors to gain access inside private homes.

More than 25,000 people viewed the video on YouTube and on the Mackinac Center’s online news site, Michigan Capitol Confidential. The video prompted two lawmakers to introduce bills ensuring tax assessors stay within the bounds of search and seizure protections in the U.S. Constitution and require assessors to have written permission before encroaching private property. The bills remain in the House Tax Committee. 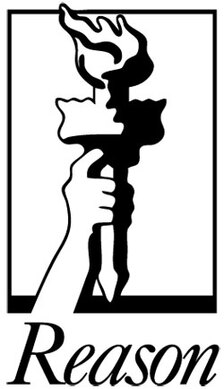 “We released the video one year ago, and it is still getting views,” Schieber said.

“Many people have sought it out when they have experienced similar situations with their local assessors. We are still investigating reports of assessors peering into windows and walking onto yards despite ‘no trespassing signs,’ that are clearly visible.”

The Reason prize honors videos that it says “explores, investigates, or enriches our appreciation of individual rights, limited government and the free market.”

Schieber’s video was in high company. Other finalists included MRUniversity’s “The Hockey Stick of Human Prosperity,” and Learn Liberty’s “Should the Government Subsidize…Silly Walks,” highly produced videos that appeared to require the work of production teams.

Schieber’s video had the advantage of a compelling tale.

“We did not win the top prize, but the fact that we produced the video on a small scale was honor enough,” she said.

Schieber researched, produced, shot, wrote and edited the video on her own.

“Years ago, one-man bands were almost unheard of. Today we have the advantage of lightweight and portable, high-definition video cameras and audio recording equipment,” she said. “We can document just about anything without the obtrusiveness of a crew. I believe the fact that we recorded the town meeting featured in the video and presented its drama on the web was one of the main reasons the township officials in that case ended invasive property tax inspections.”

Had Schieber taken home the top prize, she had an acceptance speech ready to go.