At the Forefront: Addressing the Board of Education 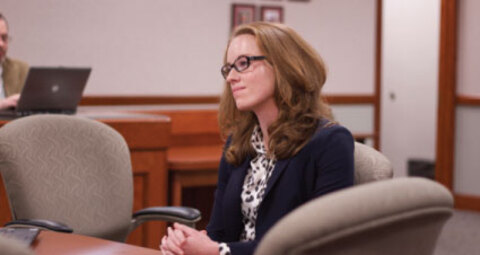 In this election year, it is difficult to avoid reading, seeing or hearing claims that funding for Michigan schools has declined in recent years. Some, including the Michigan Education Association, claim that schools have seen revenue drop by $1 billion.

These claims, of course, are wrong. The Detroit Free Press called attempts like the MEA’s to characterize education funding “a false accusation.” Indeed, the Michigan Senate Fiscal Agency reports that during the past three years, state support for schools has increased by $660 per student.

But there is no question that many Michigan schools are struggling. In recent years, two school districts have been dissolved, two others have been converted to charter districts and many are in a perpetual overspending crisis.

With this backdrop, the Michigan Board of Education invited me to present research regarding school funding and performance. The board will likely recommend changes to Michigan’s school funding system this fall.

Just days before receiving the invitation to present, Clark Durant, a former president of the Michigan Board of Education, sent me a copy of a study published by the Michigan Department of Education in 1996. Though these events were unrelated, the timing couldn’t have been better. The 1996 study broached the same problem that the state board is currently considering.

“The educational system established a century ago still exists, but it is now larger and less than ever responsive to the needs of parents and children,” wrote authors William Allen, dean emeritus of James Madison College at Michigan State University and member of the Mackinac Center’s Board of Scholars, and Eugenia Toma, a professor of public policy at the University of Kentucky.

But the way the State Board of Education is viewing this problem today is dramatically different than the way the board approached the problem previously.

Rather than simply recommend that state taxpayers provide more funding to Michigan schools — a recommendation made by several presenters to the current board — Allen and Toma examined whether school spending was related to student outcomes. The authors considered how student test scores, graduation rates and dropout rates were related to school, parent, student, district and locale characteristics.

They concluded that per-pupil instructional expenditures have “an indeterminate effect” on student outcomes and that there might even be evidence of “overspending in the public school system.”

Little has changed since then. I presented the board with current evidence from Michigan schools that show there is no pattern between school performance and per-pupil instruction expenditures.

Some presenters have urged the board to limit educational choice in an effort to preserve conventional districts. But this approach disregards strong research showing that when Michigan families are given the option to choose the best school for their child, they choose schools with better academic outcomes. Even more concerning is the inclination to preserve the status quo at the educational expense of students.

My presentation was an attempt to prod state officials to shift their focus from simply protecting our current educational system to instead thinking critically about how to improve it.

Instead of limiting choice, I urged the board to consider how it might enable innovative district superintendents to compete. I suggested that districts be allowed to open schools outside of district boundaries. I also noted that school officials could better respond to enrollment declines if recent labor reforms were extended to all district employees.

It is no secret that the Mackinac Center and current State Board members have policy disagreements. But we did find some common ground during our conversation. Michigan legislators and department officials could improve educational outcomes in this state by providing district officials greater ability to respond to student academic needs and enrollment changes.