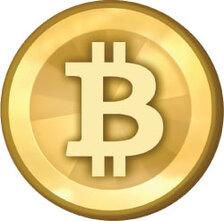 Much has been made about cryptocurrency — that is, online currency. Using peer-to-peer currency, these cryptocoins operate with no central authority or banks. Various currencies include bitcoins and dogecoins, and it’s not just libertarians talking about it — CNN and Forbes are reporting on it now as well. Here are some building-block interviews and articles to understand this rapidly more talked-about issue!

Former Vice President of the Mises Institute, Jeffrey Tucker, discusses how bitcoins are not just another payment system, like PayPal, but rather an organic currency employed powered by free markets and a viable alternative to nationalized money. “It’s a bottom-up solution, not a top-down solution,” says Tucker.

Jesse Angle, a homeless man in Pensacola, earns bitcoins online to pay for a meal each day. He prefers it to regular money because there’s less concern about being robbed. While proponents of Bitcoin articulate the connection between charity and direct donation, U.S. regulators are beginning to clamp down on this cryptocurrency.

CNN Money:
Bitcoin Is Under Seige

This stateless, digital currency can’t shake off the image that it’s unstable, unproven and largely still an experiment. Russia has outlawed all cryptocurrency, while other governments try to figure out their approach. Businesses don’t know whether to accept Bitcoin as payment or not.