Water Stop At The Marathon 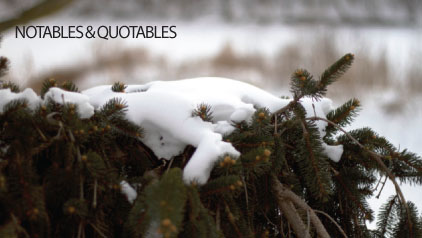 After the drastic government expansions of 2013, many looked to 2014 with the attitude of a marathon runner, catching their breath. But with Mackinac, it’s full-speed ahead. This is a race we don’t mean to lose.

Of top priority in Michigan is Detroit: Will the government bail it out or won’t it? The important thing to remember is that Detroit didn’t become great through a bail-out in the first place – it became great by taking advantage of its unique situation, making industry attractive and lessening the load on young entrepreneurs. I explore some of the cultural roadblocks facing forward motion in Detroit in this issue’s Cultural Pitstop. Of equal significance, and greater immediacy, is the state of public schools in Detroit.  This issue’s Overton Window explores Mackinac’s history supporting “Schools of Choice,” an important component of the increasingly popular school choice policy. Detroit is a machine with many cogs, and all policy departments are researching solutions to get it moving once more.

Of course, public education is not solely in need of reform for some Michiganders. Across the state, the Michigan Education Association (MEA) has practiced bad education with teachers when it comes to their right-to-work rights. The Mackinac Center Legal Foundation is defending more and more teachers who wish to opt-out of the union but have been trapped and coerced into continuing to pay full union dues through the “August Window.”. What’s worse? Many of these public school teachers have experienced backlash from unionists at their school, and during school hours. The focus must remain on education, for teachers, students and parents’ sakes.

Defending these standard obligations of government has become more and more time-consuming, as President Joseph G. Lehman elaborates on in his President’s Letter. Since our First Amendment legal victory over the MEA in 2004, the battle over free speech has become more demanding. Whether it’s the IRS targeting nonpartisan groups as political, or its secret investigations taken against those in favor of fiscal reform in Wisconsin, the opposition is willing to fight dirty. But with supporters like you, we have the tools to fight clean, and to keep fighting.

Most importantly, our task is to clarify what we’re all fighting for: Better schools; functioning roads; the ability to open a business and keep it open. In short, what makes America different, and what makes so many people want to move here. We’re hoping that with diligence and vigilance, you can have the life you want to live, too.