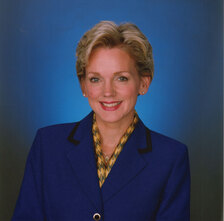 "(It) is inappropriate to fund a legislative position using funds appropriated to a principal department of the Executive Branch."
—GOV. JENNIFER GRANHOLM

IN SEPTEMBER, GOV. Jennifer Granholm used a line-item veto to nix the $250,000 post of environmental ombudsman approved in Senate Bill 1097. In her veto letter she stated, "(It) is inappropriate to fund a legislative position using funds appropriated to a principal department of the Executive Branch." Nevertheless, the bill offered more efficient environmental protection and greater responsiveness to valuable input from citizens and businesses.

The environmental ombudsman would act as a check on state power and help integrate common sense into the statutes the DEQ enforces. Under the current law, the DEQ is required to enforce existing state statutes, even if there are portions not functioning well. An environmental ombudsman would shed light on these problems, providing additional credibility to the DEQ, and give citizens some place to go with complaints. As it stands now, citizens and businesses have no one to turn to.

Steve Chester, director of the DEQ, sided with Gov. Granholm and said: "I'm not objecting to the concept of an ombudsman, but as proposed by the Legislature as being a legislative function, I don't think it's something that would work effectively."

Robert McCann, DEQ press secretary, told The State News: "We're opposed to the bill solely because it would interfere with our job as environmental regulators. ... (An ombudsman) would basically disrupt processes designed to ensure we are protecting the environment."

As written in H.B. 4952, the ombudsman's responsibilities would cover an array of important areas. These include submitting investigative reports and making "recommendations to the (legislative) council," a bipartisan panel of legislators established under the Michigan Constitution to carry out "bill drafting, research and other services for the members of the Legislature" and to "periodically examine and recommend to the legislature revision of the various laws of the state." The council would be contacted "if the ombudsman finds any of the following:

"(a) A matter that should be considered by the department.

"(b) An administrative act that should be modified or canceled.

"(c) A statute or rule that should be altered.

"(d) Administrative acts for which justification is necessary.

"(e) Significant health and safety issues as determined by the (legislative) council.

"(f) Any other significant concerns as determined by the (legislative) council."

An environmental ombudsman could help resolve controversies involving the DEQ. The ombudsman would not have an incentive to pick sides in an argument and would be a valuable resource for resolving DEQ disputes. If DEQ representatives believe people are satisfied with the service they provide, they should support this accountability measure.