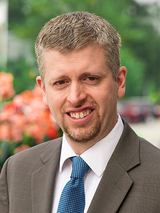 Ben DeGrow is the Mackinac Center’s director of education policy.

DeGrow joined the Center in 2015 after a long stint at Colorado’s Independence Institute, where he provided expert analysis on school choice, school finance, collective bargaining and education employment policies. He has authored numerous policy reports and articles for various publications, and has appeared regularly on radio and television and before legislative committees.

DeGrow lives in Midland with his wife and three daughters. He hails originally from Oakland County, where he developed a lifelong, longsuffering loyalty to the Detroit Tigers.

Now is the Time to Start Downsizing ISDs