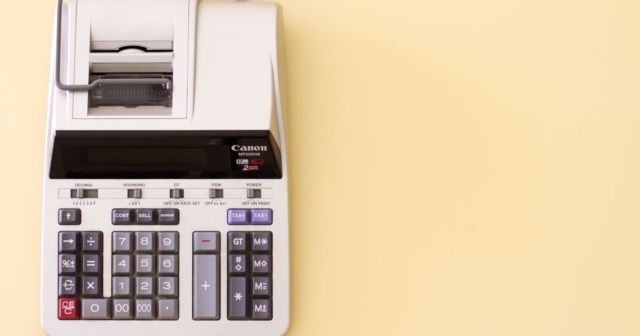 State officials should consider bold spending cuts and other reforms

Editor's Note: This list originally included a higher amount of unrestricted general fund appropriations for the state licensing department. It has been corrected.

The state of Michigan will soon grapple with a significant drop in taxpayer dollars flowing to its treasury. The estimated decline now ranges between $1 billion to $3 billion this year, which would be a 2.9% to 8.6% drop in state revenues. Lawmakers have taken some steps to rein in spending already and deserve to be applauded for doing so, but much more will need to be done.

The private sector is being hammered by mandated business closures. It is only fair that the state make sacrifices too. We offer, below, a list of suggestions to reduce state spending as well as two ideas for backfilling some state revenue declines.

Most of the numbers cited below are built upon the fiscal year 2020 budget as-passed and its related supplemental appropriations, assorted vetoes and State Administrative Board actions. It must be emphasized that the potential savings listed below are unlikely to be fully realized this fiscal year. In some cases, the money may have already been spent, prohibiting savings during this fiscal year.

In addition, some estimates of savings cannot be reasonably made without large assumptions, so our nearly $1.5 billion tally of potential savings (on a full-year basis) may be higher or lower depending on what can be done during the current fiscal year. For instance, what method do lawmakers have to lay off government employees, if they thought it was required?

The potential savings, below, would come from state resources, not federal transfers to the state budget.

Layoff Non-Essential Government Employees: Sen. Jim Stamas has recommended this idea and the attorney general’s office just announced a temporary 25% reduction in non-essential staff. Doing so will help the state get ahead of its coming revenue shortfall. It would also clearly demonstrate to taxpayers that government is willing to make sacrifices, too. The state’s base payroll is $3.2 billion. Even if the state excluded prison employees and shed just 10% of the workforce, savings could be substantial, even after subtracting out the cost of unemployment benefits.

Consider just one example. The first big layoffs should be at the Michigan Economic Development Corporation, which does the least necessary of the least necessary government work. Permanently reducing staff levels funded by two-line items that support MEDC employees in the state budget — preferably to zero — would ultimately save more than $25 million per year. If we assume savings of 75% based on eliminating four programs linked to the MEDC in the state budget, it would save $18.3 million. Savings: $18.3 million.

End Michigan Council on Arts and Cultural Affairs: There is no sound economic reason to confiscate money from all taxpayers and give it to a few for arts and leisure. Savings: $9.0 million.

Redirect Indian Gaming Money: As part of the agreement that tribes have with the state to operate gambling operations, they pay the state. This money goes to the state’s economic development operations, but it should instead be put to higher priorities. Savings: $54.7 million.[1]

Eliminate Economic Development Transportation Fund: The state finances economic development projects in concert with the MEDC. Such funds should not be used to reward specific corporate expansions or relocations. There are better uses for these resources. Savings: $44.3 million.

End Michigan Renaissance Zone Program Reimbursement to Community Colleges, Local Libraries and School Districts: The state runs ineffectual special tax zones designed to provide tax favors to those located in them, and few taxpayers benefit from this program. The state reimburses the government entities listed above for revenue they lose as a result. It does not, however, reimburse other taxing units for its property tax exemptions, nor should it. And neither should it give reimbursements for its renaissance zones. Savings: $19.7 million.

End Aid to Local Libraries: Gov. Gretchen Whitmer’s previous State Administrative Board changes dramatically increased this appropriation from just over $3 million to more than $12 million. Local libraries need not be subsidized by the state, and the direct benefits only accrue to a small percentage of Michigan’s population. Those who most directly benefit from local libraries are local taxpayers, and they should bear the burden of funding them. This line item should be rolled back or eliminated altogether. The Mackinac Center first called to end this line item in 2003. Savings $12.1 million.

Eliminate Multicultural Integration commission funding: The state provides subsidies to Chaldean Jewish and Arab foundations and operates state commissions for Asian Pacific, Hispanic/Latino and Middle Eastern American Affairs. There is no reason to subsidize one group’s affairs at the expense of many others. At the urging of Gov. Whitmer, the State Administrative Board transferred more than half of the $14.2 million in general fund dollars originally dedicated to this line item elsewhere in the state budget. Savings: $6.1 million.

End State-Financed Livestock Indemnification: There is no reason the state should reimburse farmers for animals lost to wild animal predation. It is a normal cost of doing business and deserves no special treatment. Savings: $25,000.

End the General Fund Subsidy to Michigan's Department of Licensing and Regulatory Affairs: The money this department receives is mostly from fees from the individuals and groups it regulates. But this revenue arrives in a haphazard way, with some occupations paying far more in fees than the actual cost of inspections and other regulations while other job and business categories pay much less than the cost of regulating them.

As a result, lawmakers send unrestricted general fund revenue to this department. This is bad fiscal practice: As a general practice, each licensed industry should pay the fees that cover the cost of regulating them. The state could save up to $25.4 million per year by not spending money from the general fund on LARA. The department should work with lawmakers to either hike fees to cover the true cost of regulating different occupations and businesses or relax the regulations to save money within the department.

The latter was suggested by LARA's previous leader, Shelly Edgerton, who asked, “Do we really have to regulate all of these occupations, or these professors, or these facilities? Is there really truly still a need to do that?” Savings: $25.4 million.

Employee Premium Sharing: The state requires its employees to share some of the premiums of health insurance, but not to the same degree as the private sector average. It should phase-in an increase to the amount state employees are required to contribute to their health care until the state matches the private sector average. Savings: $55.0 million.

Cease Payments to Shuttered Preschools: Suspend the final three months of funding for the state’s Great Start Readiness Program, which subsidizes preschool enrollment. Most, if not all, of the local programs are shut down for the remainder of the academic year, with no guidance from the governor on what is required to continue receiving aid. Savings: $68.0 million.

Hold Back Extra Funds for Intermediate School Districts: Though these 56 bureaucratic agencies have increased their share of K-12 funding over the past decade, on average, they receive half their funding directly from local property taxes. By withholding the last three ISD general operations funding payments for the fiscal year, the state would cut this year’s growing ISD budgets by about 1%. Savings: $18.9 million.

Other Categorical Grants: The $10 million yet to be distributed in Secure Schools and Safety Grants can be delayed, while state funding for local college scholarship “promise zones” can be rolled back to 2019 levels. Savings: $15.0 million.

Reconstitute Public University Spending: Michigan appropriates money to its 15 public universities in an arbitrary way. The money is given with wide disparities between the colleges and with little regard to how the universities spend the money or perform academically or economically.

A group of the lower-funded colleges have recently called for the state setting a minimum amount of $4,500 per in-state student. If lawmakers gave each of its public universities $5,000 per in-state student, it would result in more funds for most of the 15 colleges while producing big savings for taxpayers. Savings $412.6 million.

Eliminate Ag/Bio Research: The state spends money subsidizing research that accrues to private industry. This research should be financed by industry, not the state. Savings: $34.9 million.

All told the ideas above represent a potential savings of nearly $1.5 billion. But there are other ways for the state to balance its budget that are worth considering.

Make Judicious Use of Budget Stabilization Fund: The state keeps a “rainy day fund” for difficult economic times. This fund currently holds $1.2 billion. It would not strain credulity to suggest that the virus-related hit to our economy and state revenue would justify its use. Value: $250.0 million in fiscal year 2020.

Petition Federal Government for Flexibility in COVID-19 Spending: The CARES Act, passed by the United States Congress, included payments to states of $150 billion. Michigan’s share is almost $3.9 billion. The funds must be directly related to the coronavirus work of the state. This is in addition to the $150 million already appropriated by the state from state resources. Were the state granted some flexibility, federal monies not needed to address the virus outbreak could be used to backfill the state’s budget. Possible value: Up to $3.9 billion.

In addition to this list of reform ideas, consider that two other budget reform lists, which were produced for the Granholm and Snyder administration, could be plumbed for ideas. The first was published by the Michigan Legislative Commission on Government Efficiency in 2009 and the latter developed by the Michigan Budget Office in 2010.

The state’s private sector is practically being hollowed out. A major economic contraction is underway. A whopping 17% of Michigan’s workforce is getting unemployment assistance now. According to one source it is the highest proportion of any state in the nation. It is only reasonable then that we ask state officials to consider bold spending cuts and other reforms to state government before they ask more of our economy and people in the way of higher tax burdens or other onerous mandates.

[1] This estimate is based on Fiscal Year 2019 dollars and will drop precipitously over the period in which Michigan casinos remain closed.