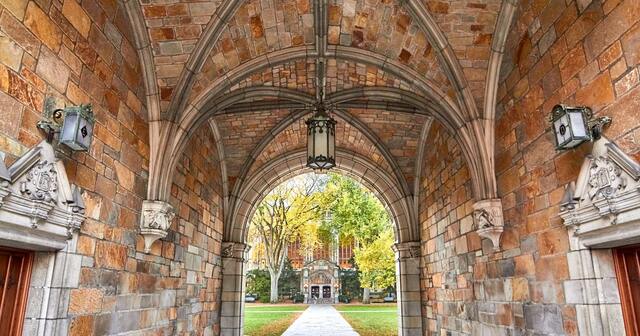 Nevertheless, some lawmakers are pushing for more

The lowest funded of Michigan’s 15 public universities, Oakland University, is pushing a “Strive for 45” goal this year. The aim is for all universities to receive a minimum of $4,500 per student from taxpayers.

Michigan’s system of university appropriations is arbitrary and skewed where different schools get different levels of state support for no clear reason. There’s no formula to ensure that all public entities are treated equally, like there is for funding K-12 schools. It’s just the way things have always been done around here.

Establishing a fair funding formula for public universities would be an improvement, but there’s actually little reason to believe that this state spending produces much widespread good. Sure, it may help limit how much schools increase their tuition in the short-term, but even the data used by advocates for spending more on higher education suggests there are better uses of these taxpayer funds.

My analysis of Michigan’s data of state funding, tuition and fees and graduation rates does not show that colleges receiving more state appropriations do a better job. Three of the four universities getting the least in state funding — GVSU, UM-Flint and SVSU — charge among the lowest tuition and fees. Wayne State, which gets the second-most in state funding, has the worst graduation rate – which isn’t great even after adjusting for the fact that WSU serves more low-income students than other schools.

Gongwer News reports that “Michigan lags its neighbors in the Midwest and the nation on per-resident support for higher education according to data compiled by Illinois State University and the State Higher Education Executive Officers Association.” This was presented at a recent hearing where lawmakers are considering more spending, noting that Michigan is 44 out of 50 for university spending.

"We know from federal employment data that in states with a higher proportion of college graduates, even workers without a degree also tend to earn more," Michigan Association of State Universities CEO Daniel Hurley said. "That's because college graduates are better able to pay skilled trades workers for home and vehicle work, service economy workers, health care workers and others, providing a rising income tide that lifts all workers in a state."

Even accepting all those facts, this report doesn’t show what advocates seem to think it does. What’s assumed between the lines is that transferring more money from taxpayers to state universities automatically produces more college graduates working in Michigan and better economic outcomes for all. But the reality is that there’s not even a discernible connection in the data between how much a state subsidizes universities and how many college graduates live in the state.

Here’s the chart of how much each state spends per-resident on its public universities. Here are the top spending states as well as their national rank for the percentage of college graduates in their state: Wyoming (42), North Dakota (31), Nebraska (19), Alaska (28) and New Mexico (39). The lowest spending states with their ranks are New Hampshire (9), Pennsylvania (21), Vermont (7), Colorado (2) and Rhode Island (14). Most of the 10 states with the highest percentage of college graduates spend less than the national average on their universities.

A look at the evidence doesn’t show more taxpayer support leads to better educational outcomes whether comparing schools here in Michigan or states across the nation. Lawmakers should spend taxpayer dollars elsewhere.