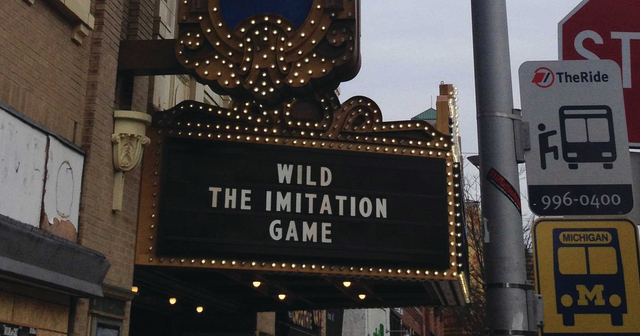 Art and artists would be better off without state funding.
Publications / Viewpoints

As Michigan debates funding for road repairs, policymakers should examine every corner of the state budget for savings and use them on higher priorities. One spending area to look at cutting is government art subsidies. This will help not just roads, it will help artists, too. We have long opposed every state art subsidy, from symphony orchestras to museums to poetry readings and more.

Michigan’s $9 million General Fund appropriation to art provides grants to a variety of projects around the state, including the Ann Arbor Film Festival. I wrote about this grant recipient in 2006 and decided to revisit it, along with other arts topics, as part of the larger debate on tax hikes, spending reforms and roads. Should we subsidize the showing of movies like “Horse Boobs” or fix the roads? After all, if the state can’t cut money for Horse Boobs, what can we cut? Horse Boobs was apparently shown at the festival in 2018.

This year’s film festival was one of many organizations approved for state grants. Its 2019 grants amounted to $22,500, according to state documents. The state’s funding plan also includes grants for the Detroit Symphony Orchestra ($123,000) and White Lotus Farms ($5,625) for garden poetry readings. The Ann Arbor Film Festival’s organizers describe it as one of the oldest avant-garde film festivals in the country. It shows out-of-mainstream fare over several days and, according to its website, receives over 3,000 submissions from 65 countries each year.

WARNING: SOME OF THE FILMS LISTED BELOW MAY VIOLATE SCHOOL OR WORKPLACE POLICIES AGAINST VIEWING MATERIAL THAT SOME MAY DEEM GRAPHIC OR OFFENSIVE.

This year’s films included “Fever Freaks,” “Wonders Wander with Succulent Humans” and “Pirate Boys.” The latter two films were shown as part of the festival’s “annual celebration of queer cinema.”

To be very clear: I do not oppose avant-garde art (film or otherwise), including art with legal, thematic content aimed at consenting adults. What I do oppose is state funding for all arts, especially when some lawmakers are arguing for up to $2.5 billion in new taxes to fund $1.9 billion in road repairs and upgrades. Lawmakers could instead cut the state budget, and arts grants may be the lowest of the low-hanging fruit, along with corporate handouts, both of which appear in the same section of the state budget.

The good news is that cutting the arts budget doesn’t mean a loss of art. The Ann Arbor Film Festival is a case in point. It lived without state funding temporarily (in 2007) after a controversy surrounding some of its fare. And it can do so again.

There are at least four major reasons to oppose state arts funding. First, art is too important to world culture for it to rely in any way on politics and politicians. Becoming a supplicant of the state to advance one’s artistic endeavors reduces the independence of artists and, sometimes, those who celebrate them.

Second, it is fundamentally unfair. One person’s art may be another’s rubbish. What constitutes art is highly subjective, and government grantors will bring their own values to the approval process. These may not always square with those of the grantees. Confiscating a portion of income from artists and patrons who do not practice or support a particular type of art deprives them of resources they could use to create their own art or privately subsidize and consume their preferred forms. It also disrespects those who do not enjoy the arts and would prefer to spend their own money elsewhere.

Third, subsidies for films or poetry or orchestras come with an opportunity cost, such as not fixing the roads. The $9 million dedicated to arts in Michigan in fiscal 2019 is coincidentally precisely what was spent to fill all potholes on Michigan trunkline roads in 2018, according to the Michigan Department of Transportation.

Lastly, government subsidies may harm artists, too. Would it strain credulity to suggest that the biggest grants may end up going to the best grant writers (or those institutions who can afford to hire them) rather than the most creative artists? How many great, lasting works of art were ever the result of a government subsidy?

The state would be better off sticking to funding roads rather than subsidizing film festivals, orchestras and garden poetry readings.