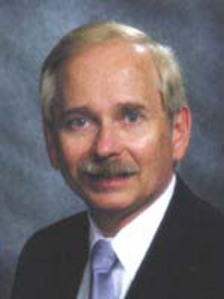 Robert Hunter is director of labor policy for the Mackinac Center for Public Policy. He analyzes Michigan labor law and its impact on the economy. He is the author of two Center publications including the brochure, Freedom from Bad Labor Advice, and a forthcoming primer on Michigan labor law. Hunter was President Ronald Reagan's first appointee to the National Labor Relations Board and he serves as a member of the Michigan Civil Service Commission. His remarks here do not necessarily reflect the opinion of the Commission.

MPR: The history of American labor unions is fascinating. Briefly describe how unions of the past differ from today's labor organizations.

Organized labor is a remarkably different institution than it was a century ago. There was a time in the 1800s when labor unions were actually illegal. That was unfortunate. Freedom of association is a hallmark of a free society. We should embrace the idea of two or more people voluntarily combining to improve their own lives.

Unions grew in power and influence until employers and unions were negotiating on a fairly level field. The common law was developing to prevent the private use of force in labor-management disputes, and to peacefully enforce contracts voluntarily entered into by each party. Unfortunately, that didn't last. With the passage of the Railway Labor Act in 1926, as well as the National Labor Relations Act in 1935, union leadership was able to employ government—the law—as an ally instead of as an impartial arbiter. The result was exclusive representation and mandatory bargaining. Current labor law dictates that employers negotiate with certified unions, rather than negotiating with workers independently.

MPR: At a recent Mackinac Center event for Lansing officials and policy makers, you described modern labor as a sick patient. Can you elaborate for MPR's readers?

According to every statistical barometer of union power, big labor is declining consistently and substantially (see graph). The trends appear irreversible. Leaders of organized labor have lost touch with the needs and desires of the workers they represent and those they wish to organize. Instead of focusing on the reasons for their decline, labor puts most of its eggs in the political basket, hoping to influence new laws or regulations which tip the scales toward its institutional interests. It's a high risk strategy.

MPR: What would you recommend as a cure for organized labor's ills?

The causes of organized labor's decline are more complex and deep rooted than any change in law can remedy. Labor must find creative and innovative ways to deal with its own organizing problems. Unions must find the right "niche" by contributing something positive to its members and earning the support of their members through effective representation. They should focus on ways to support labor-management cooperation and greater workplace productivity rather than confrontation.

MPR: What exactly does "right-to-work" mean?

Right to work refers to those states which have by law affirmed the right of citizens to work for a living without being compelled to belong to a union or to pay dues to it in order to retain their jobs. No individual should be compelled, against his or her interests, to join a labor union.

The twenty states that were right-to-work between 1975 and 1985 created about 92% of the nation's new manufacturing jobs. There is an unfortunate misconception that right-to-work means "right to work for less." The truth is, after adjusting for cost of living, families in right-to-work states annually earn nearly $3,000 more than those in compulsory unionism states.

MPR: How is that different from a "free market" in labor representation?

A free market in labor representation would allow workers to negotiate individually with their employer. Current labor laws do not ensure freedom of choice in labor representation once a union is chosen by a bare majority of workers. Various provisions of the law pay lip service to this concept, but it also restricts it in several important ways. For example, once a union is chosen by a majority of workers, every individual is bound by the decision of the collective majority even if that decision may harm the interests of specific workers. This limits recourse for workers whose interests may be sacrificed for "greater-good" of the union majority—a decision made by union officials.

Unions have the legal power to fine their members for crossing picket lines, exceeding union-set production quotas, or for "conduct unbecoming a union member"—which I believe is incredibly vague. Remember, unions are not social clubs; they are powerful organizations that millions of workers must join or financially support in order to keep their jobs. Fines restrict a worker's freedom and put him or her at the mercy of union leaders.

MPR: In 1988 the Supreme Court ruled in Beck v. Communications Workers of America that unions could not require dues for political and lobbying activities over the objection of dissenting employees. How has the Beck decision affected the labor relations landscape?

In the short run, the changes have been marginal. Eight years after the Beck decision, a full 78% of union members are still unaware that they may deny union leadership the privilege of spending their dues on political activities. That's one reason the Mackinac Center published the brochure, Freedom from Bad Labor Advice. Once knowledge of the Beck decision reaches the rank-and-file, it could have profound implications for worker freedom and big labor political and financial clout.

For millions of employees, the Beck case represents a freedom of speech issue. No one should be forced to pay any dues, which in essence is a privately enforceable tax, to support political candidates and causes to which he objects. If they knew the facts, union-shop workers would not have to pay for these activities and would be entitled to a rebate of dues—in the Beck case, it was 79 cents of every dues dollar collected!

MPR: What would you say is the most noticeable change in labor unions today?

Second, labor unions can directly influence the election of our political leaders. Every important election is marked by generous contributions from organized labor. Often, these "contributions" are spent by union leadership on candidates and causes that the individual members may disagree with. John Sweeney, president of the AFL-CIO, dedicated approximately $35 million trying to influence the last Congressional election. Can you imagine what Chrysler, Ford, and General Motors would look like today if labor unions could pick the CEO and Board of Directors at America's Big Three automakers?

In contrast, public-sector unions are practically immune to market forces. The public sector is monopolistic—there is a single source of supply for government services. Public-sector decisions are political decisions no matter how great their economic impact. Public unions spend their time attempting to redistribute incomes to the bureaucracy by advocating governmental growth, thereby replacing market decisions with political decisions.

MPR: What effect has this had on public employment?

About 73% of state employees in Michigan are unionized. Their influence may be reflected in their pay. Mackinac Center research last year found that a nearly 25% differential exists between state of Michigan employees and private sector workers. Average state employee compensation increased yet another 17%, according to published reports in March of this year. When pay increases are subject to politics, rather than market forces, employee pay may be artificially inflated. One way to bring about greater pay parity between those who fund government and those who work for it is privatization and competition.

MPR: Does that mean privatization is antilabor?

Not at all. If you consider the big picture, it is remarkably prolabor because workers are also consumers and taxpayers. Each worker is best served by an unfettered, healthy economy. In Indianapolis, savings from privatization are expected to top $192 million by the year 2002. These savings have helped the city avoid tax increases, increase police and fire personnel, improve its credit rating, and increase fund balances.

MPR: It's easy to imagine long-term solutions, but what about a worker's short-term prospects?

I do not take lightly the fact that some privatization efforts may have unappealing characteristics for some workers who may be temporarily displaced. However, I also do not take lightly the fact that there are many nongovernment, nonunion workers paying taxes for services that may no longer be necessary, or can be provided at less cost and higher quality by a private job provider.

In a word, orchestrated. I have to give credit where credit is due. Labor opposition to privatization—outsourcing, specifically—is a well-organized, if not to say sophisticated, operation that includes, but is not limited to, rallies, public relations efforts, gimmicks, threats, and legal action. (Editor's Note: See Labor Pains )

Teacher unions, like the Michigan Education Association (MEA), are probably the most recognizable force in the business. The MEA has gone so far as to hold an antiprivatization workshop and publicly oppose outsourcing initiatives, despite the fact that the union outsources at its own headquarters in Lansing, Michigan, and has done so even with nonunion firms.

MPR: What is the future of labor representation in Michigan?

It's bright. I look to a time when management and labor, on an equal footing, are free to resolve their disputes through an open exchange of policies and ideas. Only in this atmosphere shall the strength of ideas govern the future of our laboring society.

Allow me to close with a prediction. Michigan will become, within a decade, a right-to-work state.

Allow me to close with a prediction. Michigan will become, within a decade, a right-to-work state. It's a goal that all workers who support a prosperous economy, union accountability, and individual liberty should work toward.