Cities' Budget Woes Could Be Preview of Detroit's Future 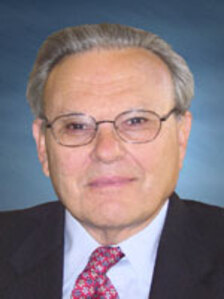 Louis Schimmel is currently the emergency financial manager of Hamtramck. Is there one in store for Detroit?

The financial turmoil facing the Wayne County cities of Highland Park and Hamtramck may offer a glimpse into Detroit's future-if officials do not take measures to put the Motor City's fiscal house in order.

Highland Park and Hamtramck, both surrounded entirely by Detroit, recently made headlines when their financial woes triggered a state appointment of two "emergency financial managers" to bring the cities' municipal budgets back into line. Hamtramck is facing a $2.4 million debt while Highland Park was delinquent in making a $525,000 payment to the Michigan Employee Reitrement System, as it is required to do by law. In December, Wayne County judge Louis Simmons reversed the state's decision to appoint a financial manager in Highland Park. The city is now back under the control of its democratically elected leadership.

Emergency financial managers are appointed under a 1990 state law known as the Local Government Fiscal Responsibility Act, or Public Act 72. The law effectively confers the combined power of mayor and city council upon financial managers, allowing them to unilaterally take measures-including privatization of city services-to balance the books of troubled cities.

What does Highland Park and Hamtramck's experience with emergency financial managers mean for Detroit? A strict interpretation of Public Act 72 suggests that Detroit's financial condition is similar to that of the two smaller cities. Under the law, the process of appointing a financial manager may be triggered if a city "fails to provide an annual financial report or audit that conforms with the minimum procedures and standards of the state treasurer and is required under the uniform budgeting and accounting act." As of Jan. 2, Detroit violated this condition when it failed to complete its annual audit on time. This should subject the city to a financial review by the office of the state treasurer.

If the state treasurer does conduct a review of Detroit's financial situation, he must inform the governor whether or not a "serious financial problem may exist" within 30 days after beginning his review. If the treasurer determines that there is a problem, the governor may appoint a review team to examine the city's fiscal health in greater detail.

The second condition is bad news for Detroit because two of its funds are currently in deficit.

Now is the time for Detroit officials to seriously consider money-saving privatization options-before it's the Motor City's turn for a state-appointed fiscal manager.

Alicia Sikkenga is labor research assistant with the Mackinac Center for Public Policy.