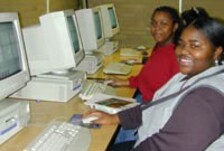 Public school students across Michigan will benefit if their schools follow Detroit's lead and privatize their computer services.

Detroit Public Schools is the tenth-largest school district in the United States, with over 165,000 students, 22,000 employees, and 260 schools. The district operates numerous computer networks, including 28,000 personal computers in administrative offices and classrooms. The district eventually plans to hook up each of its 8,400 classrooms for voice, video, and data transmission.

The deal between Detroit Public Schools and Compuware, which may exceed $90 million, is expected to save the school district approximately $10 million over the five-year term of the new contract. These savings will help the district reprioritize its spending and direct more money into classrooms. Last year, the district spent 68 percent of its budget at the school level; the rest provided for administration. This year, the district's budget slates 76 percent to be spent in schools.

New Detroit schools CEO Kenneth Burnley anticipates that the Compuware deal also will put a significant dent in problems with outdated hardware and software, payroll, the telephone system, cost overruns, and other technology-related issues, which have plagued the district for years.

Burnley says Compuware offered the best plan for overcoming these problems and providing a smooth transition from the current system. The company beat offers by Ameritech; Celt Corporation, an educational technology and services firm; and EDS, a business solutions company. Although Compu-ware's was not the lowest bid, Tom Diggs, chief information officer for the school district, told the Detroit Free Press that the positive recommendation of other businesses and school districts convinced officials Compuware was the way to go.

"The Compuware deal will get us up to speed pretty quickly, as opposed to taking several years rebuilding the department with what we have in place. Our kids don't have several years," School Board Chairman Freman Hendrix told The Detroit News.

The Compuware agreement is the second contract Detroit Public Schools has signed with an outside vendor this year. Earlier, the district struck a deal with Office Depot to take care of its school supply system. CEO Burnley is strongly considering hiring outside companies to provide food and groundskeeping services as well.

"We're looking at any and all things that would allow us to be more efficient," Burnley told The Detroit News. "As educators, we need to look at what is our core mission. And that is students' instruction, learning, and teaching."

The Compuware contract is only the latest development in a nationwide movement in which many government agencies and institutions are looking to outside, private vendors for services, resulting in substantial savings and improvements. Schools, especially, are finding that priva-tization can help districts provide superior programs and services. The information services realm is no exception.

Lack of qualified personnel and the constant advance of technological complexity often make it necessary for government institutions to contract their technology services out to information experts who can keep up with the ever-changing pace. One way technology companies are responding to this need is by offering "seat-based" computer management to schools and government offices: billing services by the number of computer stations in the building. This more precise measure of the costs involved in providing and servicing information systems can dramatically cut expenses and improve efficiency.

The Compuware contract may even avoid employee layoffs. Employees representing five different unions work in the district's information technology department, but many of them already are contract employees who could easily be integrated into the new Compuware system or given positions elsewhere in the district.

In an information age, children must be taught to use computers and to access information electronically. Administrative systems that track grades, maintain confidential student and school records, and provide necessary services to districts must operate at maximum efficiency. Schools should not be bound to status quo systems or programs because of bureaucratic lethargy or be forced to choose the cheapest vendor without considering service quality.

Detroit officials are optimistic that the Compuware contract will provide the district with reliable service, thus redirecting spending into the classrooms where it belongs. And successful, large-scale privatizations such as this could serve as a model for other school districts across the country that are seeking ways to streamline services and ensure cost-efficiency in all their administrative programs.

Michigan Privatization Report went to print the Detroit Free Press reported that Compuware Corp., had been forced to go back and re-bid parts of the contract it had previously won. Compu-ware did so and was successful in their bid attempt.