And the Winner Is … The Mackinac Center for Public Policy! 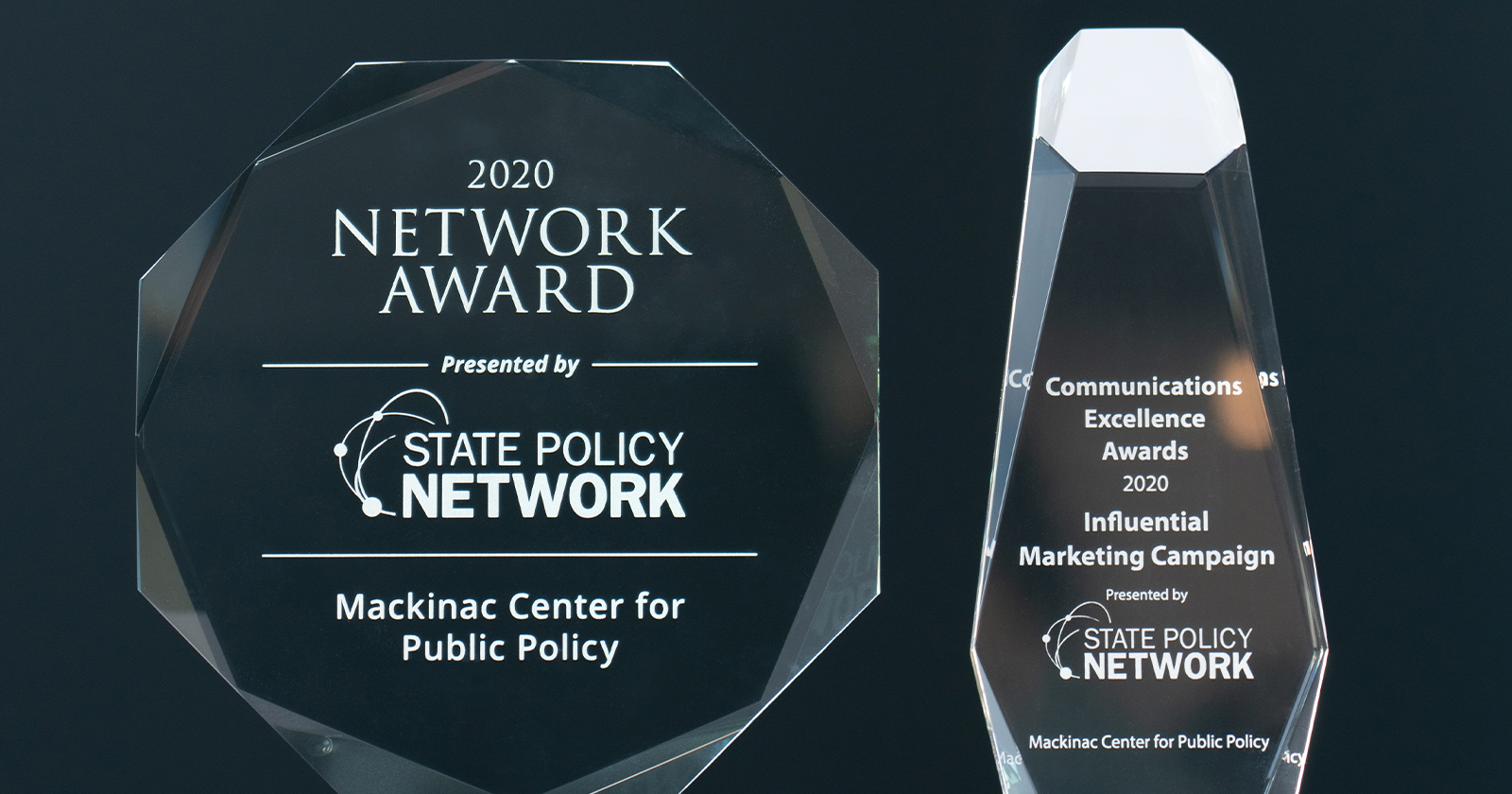 Despite 2020’s many lows, this year brought a number of high points for the Mackinac Center and the impact of our work – not just in Michigan, but around the country.

Every year, State Policy Network, of which the Center is a longstanding member, hosts a week-long meeting that is attended by members of state policy organizations from around the country. We look forward to this opportunity to engage with our network friends and learn from best practices developing across the states. While this year’s meeting was moved to a virtual setting, groups still relished the opportunity to reconnect and celebrate each other’s successes – with the Mackinac Center walking away the victor of a number of SPN’s awards this year.

For the second year running, Mackinac was recognized by being included in the Network Award, which honors a coalition of select organizations from around the country that came together to make a big impact on state or national policy. Last year, we were recognized for our contribution to ending the infamous dues skim, a scheme that allowed for unions to forcibly “skim” money off the top of Medicaid care providers’ paychecks. This practice is now extinct, thanks in large part to the years-long work of the Center and our fellow SPN organizations.

This year, the Network Award was given to a coalition of organizations, including the Mackinac Center, for work to advance timely health care reforms that could be immediately effective in addressing the COVID-19 public health crisis. The SPN Health Care Working Group, which began meeting nearly seven years ago, developed a portfolio of reforms over the years that we’ve advanced at the state and national level. When the pandemic struck in March, members of the group ensured that SPN organizations were ready to help lawmakers meet the health care policy challenges. Indeed, the Mackinac Center’s health care reforms were among the earliest policies put into place by Gov. Gretchen Whitmer’s executive orders, demonstrating that even in times of crisis, progressive policymakers can and will turn to market-based solutions if we are prepared to offer them.

But the Mackinac Center’s success at the SPN event did not stop with these two awards.

The Center also walked away with SPN’s inaugural EdPrize, recognizing our work in charting a new path for education reform. We launched a reform called Flex Learning, a policy that would allow students to use a portion of the public funds spent on their behalf for purposes of their choosing. Under this idea, students can select online, dual enrollment. They also can select from career training or apprenticeship programs operated by or in partnership with a traditional public school district, charter school, community college or public university. Students can use the funds for other education-related services, including access to the internet and transportation.

And lastly, but certainly not least, the Center received SPN’s Communications Excellence Award for “Best Influential Marketing Campaign,” honoring our cartoon series depicting the ridiculous and arbitrary nature of Gov. Whitmer’s excessive executive orders. These cartoons soon developed a mass following, with thousands of Michigan residents and even lawmakers sharing the posts on social media platforms. In many cases, the flood of attention these cartoons brought to the governor’s actions were followed by an almost-immediate reversal of the unpopular policies they depicted. This campaign demonstrates that impact on policy can be achieved simply by letting “pictures tell a thousand words.” We are especially humbled to have received this honor, as winners were determined by a direct vote of our peers.

The Mackinac Center and our supporters should be proud of the work we’ve done in Michigan and beyond to set an example of how an organization can remain successful despite adverse circumstances. We’ve moved policy under Republican and Democratic political leadership, a true mark of an effectual organization, and have demonstrated to our friends across our network that it can be done – pandemic and all.