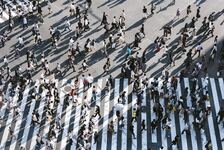 A sign above the cash register at a homey Midland restaurant reads, “Ninety percent of the friction of daily life is caused by tone of voice.” I’m guessing the other ten percent arises from differences in perspective.

We fulfill our educational mission, in part, by challenging such untrue claims on important matters. We crunch the numbers, publish the research and disseminate correct information with our Michigan Capitol Confidential news service.

We must have touched a nerve. David Arsen, a professor of education policy at Michigan State University, recently coauthored a report that seemed to find school funds declining, not increasing. How could this be?

MSU’s education policy center has had its problems. For example, its former director had to leave after Mike Van Beek, then our director of education policy, discovered that his research critical of the Mackinac Center contained plagiarism and was impossible to replicate.

We didn’t find those problems again, but we did find a crucially different perspective underlying Arsen’s work. He chose to view school funding through the eyes of government, instead of the eyes of taxpayers.

Instead of adjusting for inflation (which is necessary for meaningful comparisons over time) by using the Consumer Price Index (the common way inflation adjustment is understood and reported to the public), he selected a different inflation factor, or deflator. The professor wrote, “The best available price deflator for school district finances is the U. S. Commerce Department’s GDP price deflator for state and local government purchases.”

Does this choice make the MSU report faulty? Not necessarily, although my colleague Ben DeGrow argued that better metrics were available to the MSU authors if they sought “the best available” deflator for school finances. They happened to choose a somewhat exotic inflation index that produced dramatic results opposite of those built on the common understanding.

It didn’t surprise me that people paid by a tax-funded educational institution found a way to argue for more tax dollars for educational institutions. Not a single media outlet, except our beloved CapCon, informed readers that the study is built around an inflation index different from virtually every other study.

Perspective matters. Every government bureaucrat’s “revenue shortfall” might just as accurately be described as “government overspending” from the taxpayer’s perspective. The government perspective is revealed again by the question of how to “pay for” a tax cut. The taxpayer may wonder how he will pay the rest of his bills without that tax cut.

Maybe perspective accounts for even more than ten percent of the friction of daily life.