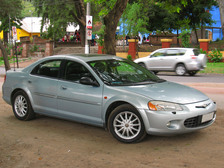 With a bipartisan press conference featuring Republican and Democratic legislative leaders and the Democratic Attorney General, the 2019 legislative session kicked off with a show of unity. The issue? Civil asset forfeiture.

With a political split between the governor (Democratic) and Legislature (House and Senate both Republican), criminal justice reform was an area of widespread agreement. And, sure enough, after the committee hearings and debate was done, Michigan became among the 15 states to require a criminal conviction for most cases of civil asset forfeiture. The bills were passed nearly unanimously.

Civil forfeiture is the process of transferring assets — typically money, cars or houses — from people to the government. It began, and still mostly operates, as a way to deprive criminals of the proceeds of illegal activity. Think drug lords or mob bosses.

But along the way, some law enforcement agencies realized something: The law does not require you to actually be shown to be a criminal before they can take and keep your stuff. An asset is seized based on probable cause but, regardless of whether charges are ever filed, it is transferred to the government, either through a lower standard of evidence or because its owner doesn’t file a claim to the property.

According to retired Detective Sgt. Theodore Nelson, who taught a program on forfeiture procedure for the Michigan State Police from the late 1980s until the early 2000s, what started as a program for going after major drug dealers has changed.

Over the past few years, around 1,000 people lost their property without even being charged with a crime or after the charges were dropped. The typical value of the assets? A few hundred dollars or in the case of cars, around $2,000.

The Mackinac Center first wrote on this issue in the mid-1990s and published a study from adjunct scholar Dan Kochen in 1998. At the time, it was almost entirely off the radar of politicians and most citizens. That study documented horror stories such as people who lost their homes without being charged, shop owners who had money seized out of the register because dogs sniffed drug residue, and a woman whose art was seized because she used feathers, which she found on the ground, from a bird on the endangered species list.

National groups began getting involved. The Institute for Justice, a libertarian public interest law firm, started raising awareness. The American Civil Liberties Union filed lawsuits as well, and its state branch was instrumental in getting reform in Michigan.

But progress was slow, especially in the Great Lake State. For most of the 2000s, Michigan only expanded the use of law enforcement forfeiture:

It’s important to note: Human trafficking, terrorism and other activities listed above are horrible and rightfully considered to be a crime. But there already are and were penalties for them and assets gained from them could already be forfeited. But the new laws typically just used these crimes to further loosen the forfeiture statutes. Each of these bills was passed unanimously or nearly so.

Perhaps it should be no surprise that Michigan then experienced a series of horror stories. As noted in our 2015 report on the issue:

These stories, combined with a newly formed coalition, began turning the tide. In 2015, the free-market Mackinac Center, the state chapter of the liberal ACLU and the National Federation of Independent Business testified with national allies in support of a package of bills. The bills established transparency requirements for every forfeiture taking place in the state and raised the standard of evidence in civil court. In 2013, these bills couldn’t even get a hearing in the Legislature, but after less than two years of work, they passed with the support of Attorney General Bill Schuette and Oakland County Sheriff Mike Bouchard.

In 2016, further reform was achieved when lawmakers repealed a forfeiture bond requirement. Previously, Michigan was one of only five states that required people to pay 10 percent of the value of their assets to begin the proceedings to get them back.

And, in 2019, Michigan passed a package of bills that require a criminal conviction for most cases of civil asset forfeiture. Forfeiture now requires either that a person sign away the rights to property in a criminal court or be found guilty of a crime. (People who don’t claim their property or whose disputed assets are worth more than $50,000 are still processed under the old laws).

This was a long battle — more than two decades for the Mackinac Center — and it could not have been won without help from partners across the political and policy perspective. Several law enforcement officers across the state spoke out in favor of the changes, and the national group Law Enforcement Action Partnership did valuable work on behalf of that community. Grassroots activists did tremendous work pushing the issue, showing up to legislative hearings and promoting local municipal initiatives to prevent the practice.

It may seem strange to some for a “conservative” organization to get involved on this issue. But private property rights and a fair and just rule of law are cornerstones of a free-market economy. While civil asset forfeiture mostly affects “the least of these” (to borrow a Biblical phrase), it was the right thing to do.