The Power of Philanthropy 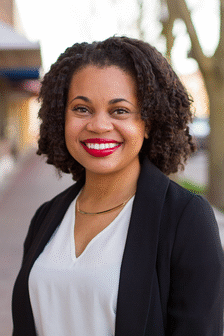 Ashley Keimach is a regional director of strategic partnerships at the Mackinac Center.

I still remember the first day on the job like it was yesterday. I had no idea what to expect. After speaking with the donor about our upcoming visit, I drove to his house wondering what we would talk about. Upon arriving, I was graciously greeted and my nerves began to settle. We began talking about our interests, passions and the current issues facing Michigan. I got lost in conversation. I remember thinking to myself how amazing this person was. I wanted to remember every detail of that visit and share it with the world.

After that, I was hooked. I realized something powerful happened in that conversation — and could happen in future donor meetings. I always believed that the issues we see in our communities should be resolved not by the government but by the people. I knew this in theory, but it wasn’t until I started my job in philanthropy that I began to know this through experience.

Every day, I have the privilege of meeting ordinary people who resolve to be part of the solution. These people, young and old, women and men, identify the issues plaguing our state and use their time and money to create a better alternative. I became more interested in philanthropy and I wondered more about its rich tradition in America and the power it holds. I learned from the National Philanthropic Trust that this practice dates back as early as the 1500s and came to North America in 1630. Originally defined as “love for mankind,” philanthropy has evolved and is practiced widely by generous Americans like the ones I meet daily. According to the Philanthropy Roundtable, 71 percent of charitable contributions come from individuals, thus showing how powerful personal giving can be. If you are one of the phenomenal people who give of your resources to noble causes like freedom and individual liberty, I would like to personally thank you for partaking in a rich tradition that has changed the world around us — and will continue to do so.