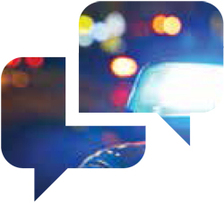 On July 29, policy analyst Jarrett Skorup took part in a Google Hangout — an online video chat — with U.S. Rep. Tim Walberg and Jenna Moll of the Coalition for Public Safety to discuss the issue of civil forfeiture.

The discussion was sponsored by Generation Opportunity, a national network of young people promoting economic opportunity.

Forfeiture is a practice by which law enforcement transfers assets — cash, vehicles, homes, etc. — from private citizens to the government. Criminal forfeiture occurs after the conviction of a person and is widely accepted as legitimate.

Civil forfeiture occurs outside of the criminal justice system and does not require a conviction of a crime. This has led to instances of abuse in Michigan, which reform advocates say has some of the worst forfeiture laws in the United States. The Mackinac Center believes property should only be transferred from citizens to the government after a criminal conviction is secured.

During the broadcast, Skorup spoke about some incidents that have taken place in the state. One infamous example involved police seizing the vehicles of dozens of people attending an event at an art institute in Detroit. The people were not convicted of a crime, but had to pay more than $1,000 each in order to get their cars back. Another instance involved law enforcement seizing the vehicle of a Red Cross worker who was giving a ride home to a co-worker. Police said the co-worker was “making eye contact” with motorists and alleged that she was involved with prostitution. The charges were dropped but law enforcement had seized the vehicle and the owner had to pay $1,800 to get it back.

Skorup noted that the Michigan House is considering some good bills that would establish a higher standard of evidence and improve transparency.

At the federal level, Walberg, a Republican from Tipton, has introduced the Civil Asset Forfeiture Reform Act. Its bipartisan group of supporters includes Rep. Keith Ellison, a Democrat from Minnesota, and Sen. Rand Paul, a Republican from Kentucky. The proposed law would require a higher burden of proof before property can be forfeited away from the property owner and to the government.

Walberg said he is particularly concerned about the federal equitable sharing program.

“[The legislation] does away with equitable sharing which allows the feds and the locals to share the resources, which in many cases has encouraged, from both sides, the ability to look for sources that they can gain resources from by equitable sharing and civil asset forfeiture,” Walberg said.

The congressman said law enforcement should be funded through elected bodies to avoid the harmful incentives encouraged by current laws governing civil forfeiture.

Moll talked about the Coalition for Public Safety, which is a left-right alliance featuring the ACLU, FreedomWorks, Koch Industries, the Ford Foundation, and many other groups across the spectrum. Moll works with the group “Fix Forfeiture,” which is a national group getting involved in select states, including Michigan.

Moll talked about reforms passing in New Mexico, Montana and a few other states recently.

To watch the video and learn more about civil forfeiture in Michigan, visit Mackinac.org/Forfeiture.