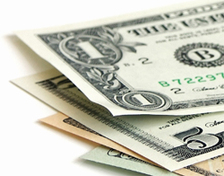 Taxpayers demand transparency in the use of public dollars. They require open budgeting, annual reporting, and basic access to the government’s books when requested. Indeed, an adequate accounting of the use of tax dollars is a basic requirement of good government. This is why the state’s failure to disclose billions in checks to companies for economic development purposes is distressing.

Michigan — as well as every other state in the union — attracts select business expansions to the state by offering incentives. These incentives can range from decreasing property taxes for the business and offering to improve basic municipal infrastructure to offering outright cash.

Michigan’s capstone program was to offer tax credits against a company’s state business taxes. These credits are based on the wages and benefits paid by the company, meaning that the company does not receive the credits until it creates the jobs it had pledged to create.

The key was that these credits were refundable, meaning that if a company’s credits exceeded its liabilities, then the credit was a gift of taxpayer money, going beyond a reduction in taxes due. These credits also go well into the future, depending on the terms of the agreement between the company and the state.

In the past, the Michigan Economic Development Corporation would set up these deals and disclose the estimated size of the credit. It was unknown, however, exactly how much of this would be a gift from other taxpayers and how much was a reduction in a company’s tax liabilities.

However, when the companies cashed in on their credits, they decided sometime in 2009 that this was “confidential tax information” and now refuse to disclose the values.

This lack of disclosure is especially problematic because the state was responding to the recession by awarding huge multiyear credit deals to Ford, GM and Chrysler in an effort to retain jobs. The deals to each company were expected to cost upward of $1 billion each.

A change in policy in 2011, however, highlighted just how costly this tax credit enterprise was going to be. The newly elected governor, Rick Snyder, and the Republican majorities in both houses voted to end the Michigan Business Tax and replace it with the Corporate Income Tax. As part of the change, the state allows any company that was offered one of those refundable tax credits the option to continue paying the Michigan Business Tax and continue cashing in the credits.

This meant that the Michigan Business Tax now exists only to administer the state’s incentive deals. For the current fiscal year, the state expects this tax to pay out $751 million more than it takes in. The state uses its General Fund to pay for this, and the majority of that money comes from the state’s personal income tax. Thus the Michigan Business Tax is a tax in name only. It is, in fact, a massive redistribution of other people’s tax money to companies favored with these deals.

Exactly who is getting these hundreds of millions of taxpayer dollars is not known; neither the state nor the companies disclose that information. Residents are not entitled to know how much money is going to what companies.

There are a reported $9.45 billion in tax credits that may yet be cashed in, but this may not be the actual number since the credits are based on uncertain performance by companies and also because the deals are subject to amendment.

It is like your auto mechanic telling you that your service is going to cost money, but refusing to tell you what you are buying. When it comes to public money, this is a travesty of transparency and the Mackinac Center is doing something about it.

The most important work is to raise attention. Changing this policy requires a change in laws, and changing the laws requires urgency and pressure. Michigan Capitol Confidential has covered the issue a number of times this year and will continue to do so until this policy changes. And we have found both Republican and Democratic legislators that are outraged.