Hail to the Victors! 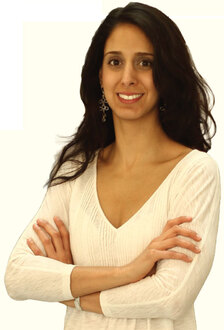 Layla Houshmand, a graduate student research assistant from the University of Michigan, was one of 2,200 students who would have been affected by the forced unionism.

Layla Houshmand has a passion for freedom that’s often characteristic of first-generation Americans. Her father was born into abject poverty in Iran, but with a brilliant mathematical mind he worked his way out of destitution to earn a doctorate at the University of Michigan. Today he’s the president of Rowan University in New Jersey.

Houshmand is following in her father’s footsteps at the U-M as a graduate student research assistant, pursuing a Ph.D. in biomedical engineering. Given her ardor for individual liberty, academic achievement and the rule of law, it’s not surprising that she bristled when a campus labor organization tried to label her a government employee, force her into a union and collect “dues” from her research stipend — all in violation of Michigan law.

Some of the 370 University of Michigan graduate student research assistants represented by the Mackinac Center Legal Foundation.

The deck seemed stacked against Houshmand and the 2,200 other graduate student research assistants at the U-M. In a party-line vote, the university’s Board of Regents in May 2011 chose to override concerns of the U-M president, college deans and graduate student research assistants by giving a green light to the Graduate Employees Organization to conduct a unionization vote amongst the GSRAs. This placed the GEO in a position to more than double its membership and more than double its dues to over $1 million annually.

Such a vote would have been a flagrant violation of settled Michigan law, said Mackinac Center Legal Foundation Director Patrick J. Wright. The MCLF represented more than 370 U-M GSRAs who opposed the unionization effort. In 1981, Wright pointed out, the Michigan Employment Relations Commission ruled after weeks of extensive hearings that graduate student research assistants are not government or university employees, but students. As such, they cannot be subjected to collective bargaining.

Unionization would also be damaging to the university’s reputation as a world-class research institution and to students pursing advanced degrees there, according to Houshmand and many of her fellow students.

“The value of our degrees is tied to the University of Michigan’s prestige, which is a function of the university’s ability to recruit the best faculty and students,” said Houshmand. “Consider the power a Michigan degree holds if it can turn a poor boy from the slums of Tehran into the president of an American university. Unionizing GSRAs would scare away talent, undermine the U-M’s reputation and make it harder for students to conduct independent research.”

With the Regents’ blessing, however, the GEO began the process of conducting a vote, beginning by petitioning MERC to move forward. In July 2011, Wright filed a motion to intervene at MERC in the deliberations over the GEO’s petition. MERC initially voted to uphold its 1981 ruling, while at the same time rejecting the students’ right to intervene. MERC commissioners reversed themselves in August and tasked an administrative law judge to review the GEO’s argument, which claimed that circumstances had changed.

The publicity surrounding the case began to draw the attention of elected officials, including legislators and Michigan Attorney General Bill Schuette. Both Wright and Schuette sought to intervene in the administrative proceeding, Wright on behalf of Students Against GRSA Unionization and Schuette on behalf of the people of Michigan. MERC rejected both petitions, setting up a bizarre scenario where both sides of an evidentiary hearing wanted the same result. However, the administrative law judge later permitted Wright to suggest evidence and witnesses at the conclusion of the hearing.

The case worked its way up to the state Supreme Court, which ruled that the students and the Attorney General lacked jurisdiction in the case because neither party before MERC — the union nor the university — contested the union election. Justice Stephen Markman, however, noted the “manifest unfairness” of MERC’s “convoluted procedure.”

Wright’s clients were ecstatic that they could return to their research free from the threat of a union and the coercive collection of dues.

“It’s a relief,” said Melinda Day, one of the first students to take a stand against the unionization effort. “Now I can get back to the real reason I’m at the University of Michigan — to pursue my doctoral degree as a graduate student.”

Houshmand said the new law lifted a burden from the backs of many graduate student research assistants. “When my father was a University of Michigan GSRA, he was also providing for a family of four. Had a union started taking money from his research stipend, it’s likely he could not have afforded to pay the rent.”

The GEO has filed a federal lawsuit to overturn the law. But the students remain grateful that someone offered them a voice in what seemed a rigged game and that lawmakers addressed their plight.

Houshmand’s posting on the Mackinac Center’s Facebook page after the law was passed captured the students’ sentiment: “This girl is a very happy GSRA today,” she wrote. “Thank you, Mackinac Center!”