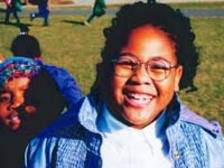 Children from lower-income minority families who attend private or parochial schools through privately funded scholarships academically outperformed their public school counterparts, according to a recent study from Harvard University and Mathematica Policy Research.

The study focused on nearly 2,000 second- through fifth-grade students in New York City, including 1,000 students who received scholarships and 960 who applied for, but did not receive, the scholarships. Nearly 90 percent of the students were either black or Latino.

The student test scores evaluated by the study showed that the 1,000 private-school scholarship students performed an average of two percentage points better on academic tests than the 960 who remained in the public schools.

If the fourth and fifth graders continue to the make the same progress, the academic gap between blacks and whites could be eliminated within five years, say researchers. The gap between black and white students on the Iowa Test of Basic Skills is currently about 20-25 points.

But Bella Rosenberg, assistant to the president of the American Federation of Teachers, discounts this study because "an avowed voucher advocate" conducted it. She told the Washington Post that the increases in academic achievement could be explained by the smaller class sizes found in the private schools these children attend.

Parental satisfaction plays an important role in the "team effort" to educate a child, according to Kathie Grzesiak, 1997-98 Michigan Teacher of the Year. "If what you do in the classroom is not supported at home, nothing will work," Grzesiak told Michigan Education Report in a 1998 interview. "If you don't have [parental support], you are fighting a losing battle."

The gains of the fourth and fifth graders are also significant for education policy at the state and federal levels. On the basis of another study that examined Tennessee students in smaller classes, Michigan and other states are setting aside millions of dollars to hire more teachers to reduce class sizes, and President Clinton recently announced a $1.1 billion initiative to hire 100,000 new teachers nationwide. The Tennessee study showed that the academic performance of students in smaller classes was slightly better than student performance in larger classes.

But some observers argue that giving families more choices is a better, less expensive way to achieve similar results. "Privately funded scholarships are a cost effective way to reduce class size and increase academic achievement. Each student who chooses an alternative to public education relieves an overcrowded classroom, and the cost is picked up through private rather than public means," said Pamela Pettibone, program administrator with the Education Freedom Fund, a Grand Rapids-based organization that provides low-income children with privately funded scholarships to attend their school of choice.

Although the Harvard study is based on only two years of test data, researchers say that it is the first study of its kind to compare statistically and demographically equivalent student groups.

The decision to study only students from families who applied for private scholarships allowed the study to control for parents with similar backgrounds who displayed equal motivation to improve their children's education, say researchers.

Nearly 21,000 New York families applied for the 1,300 scholarships worth about $1,400 per year over three years. Scholarship recipients were determined by lottery.