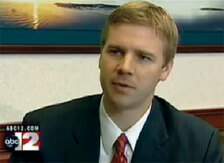 Forget CEO salaries — the new controversy is over outsized salaries for public school superintendents. Mackinac Center resources have helped reveal that a few superintendents of small districts are receiving some big compensation packages. Following public outcry at these revelations, the two superintendents have announced their resignations.

After the Mackinac Center's online news site, Michigan Capitol Confidential, ran two additional stories about the Harbor Beach superintendent’s pay, the Huron Daily Tribune reported that school board meetings in Harbor Beach were packed with concerned residents. The superintendent promised in October to work part-time to save the district some money, and later in November announced he will resign after this school year.

Capitol Confidential also uncovered that the 2,000-student district of Coopersville also paid its superintendent on par with some of the largest and wealthiest districts in the state. His total compensation hovered around $311,000.