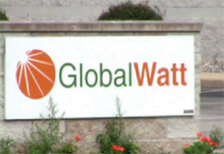 California-based GlobalWatt announced in December 2009 that it chose Saginaw, Mich., over Corpus Christi, Texas, as its new home. Gov. Granholm made specific mention of this deal in her February 2010 State of the State address, saying, “In fact, GlobalWatt literally left Silicon Valley in California to set up shop in an abandoned auto plant in Saginaw.” Initial media coverage also made much of the fact that it took as much as $42 million in state and local tax credits to lure GlobalWatt away from Texas. In return, GlobalWatt promised to create 500 new direct jobs. GlobalWatt claimed on its MEGA application that Texas had offered “upfront cash incentives” to locate in Corpus Christi.

To investigate this claim, Hoekstra contacted her counterpart at Texas Watchdog, Mark Lisheron. Lisheron did some digging of his own, then steered Hoekstra and LaFaive to economic development organizations in Texas. These agencies confirmed that GlobalWatt’s claims regarding Texas’ cash offers were false.

On Sept. 29, Hoekstra and LaFaive released an essay and video highlighting the results of their two-month-long investigation. The essay and video described the discrepancies between the claims made on GlobalWatt’s tax credit application and what was offered by Texas. The Saginaw News and Midland Daily News quickly published stories, as did two Saginaw- and Flint-area TV stations, WNEM and WJRT.

The story also took root in Texas, with follow-up coverage by Texas Watchdog and The Corpus Christi Daily Caller. Both outlets were able to verify Hoekstra and LaFaive’s findings that GlobalWatt’s claims regarding Texas’ incentive offers were untrue.

GlobalWatt has yet to fulfill its job-creation promises — or to begin production of solar panel components. In the meantime, the Mackinac Center will continue to protect Michigan taxpayers by shining sunlight on questionable “economic development” deals.