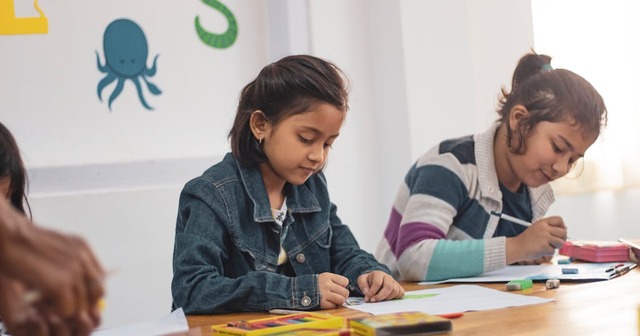 Lansing hasn’t seen a tense budget showdown like this for a while. The Democratic governor and Republican-led Legislature have pointed fingers at each other and traded accusations to back their priorities and explain their inability to reach a consensus.

But one point should evoke clear agreement: Gov. Gretchen Whitmer’s decision to use the line-item veto to deny public charter school students the standard funding increase goes too far. It also conflicts with the case for her own school aid budget by disproportionately harming low-income students.

The governor extensively deleted language in a legal definition to leave the state’s nearly 300 charter schools (known in law as “public school academies”) stuck at last year’s formula funding level of $7,871 per pupil. That now puts them $240 behind the lowest-funded school districts:

The governor estimates the total hit to charter schools at $35 million, amounting to more than a quarter of the amount affected by her School Aid budget line-item vetoes. Most of the other cuts were to special programs or extra grants of debatable value. It would make sense for both sides to roll up some of that vetoed funding back into funds distributed strictly on student enrollment and characteristics.

The act of rejecting a funding increase that affects only students going to charter schools stands directly at odds with the argument for her own school aid proposal. Her initial budget included $73 million less in the general Foundation Allowance formula than what the Legislature ultimately approved, but it designated $95 million for students deemed at-risk due to family poverty. “We know it costs more to educate kids in poverty, or with additional assistance needs,” she told lawmakers in her March 2019 budget presentation. “I'm talking about kids who require special education support, at-risk students, and those in low-income areas. …”

Whitmer’s recent actions contradicted that goal, though, since 75% of the students charter schools educate are low-income, compared with 47% in the state’s conventional districts. Her veto diverts $35 million away from schools that serve more high-need students, and it is now a bargaining chip in the debate over a $58.8 billion budget she wants to grow by raising taxes.

Not only do Michigan charters tend to serve more students in poverty, but they do so with most of the same regulations and even greater accountability than other public schools. They also bring in 21% less funding per pupil already, but are more heavily dependent on state dollars, in part because they have no local tax base to rely on. Still, the results charters attain are largely positive, raising the bar on academic achievement while providing a refuge for many students who face bullying and other difficult situations.

Families in these economically challenged areas, not to mention all Michigan families who have chosen a charter school, are right to be angered by the governor’s budget tactic. But they aren’t the only ones who ought to recognize the move as unfair and incoherent.