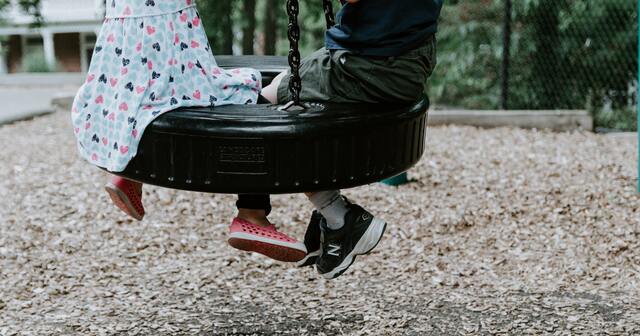 Bullying is a Huge Problem – School Choice is Helping Solve It

Bold action is needed to give families more options

Michigan has the unwanted distinction of being a national leader in school bullying, which is one key reason thousands of parents are taking their kids out of traditional districts. But huge obstacles to school choice remain, leaving many in a bad situation.

Different children who sadly have experienced bullying may need different solutions to help them cope and persevere. It's a difficult situation for families to face, and the costs can be all too real and painful. In recent weeks alone, local media have covered several stories of school bullying, including one that has led to a federal lawsuit against a Grand Rapids-area school district, and another that drove a 12-year-old Saginaw girl to attempt suicide.

How the availability of educational options might fit into those particular stories isn't clear. But in less publicized cases, it's made all the difference. This past spring, the Mackinac Center conducted an online survey of more than 1,400 Michigan parents with children enrolled in public charter schools. Asked why they opted for a different learning environment, more than 20 percent identified concerns related to safety as one of the main reasons.

Many specifically shared the role that bullying played in prompting them to choose a safer school. Some accounts are heart-wrenching, like one from a mom in northern Michigan: "[T]he bully made a hit list and put my child at the top of it…. We were in fear for my son's safety and he was very depressed."

More than a few parents said they tried but were unable to resolve the problem at the original school. "I was tired of seeing my children being bullied, especially my special needs child," a parent in Adrian wrote. "I fought for years to get it to stop to no avail."

The good news for many is that their new school has improved the situation. A Bay City mom succinctly explained: "My children were enrolled in public school, but my son was bullied for six years and the district did nothing about it. I pulled both of them out of public school and enrolled them in the charter school where they would be safe."

The dozens of cases found in our survey represent a tiny fraction of what's taking place statewide. Data collected by the Michigan Department of Education reveal more than 16,000 reported incidences of public school bullying during the 2016-17 school year. These cases are not evenly distributed: 90 percent occurred in a little more than one-quarter of the schools, while more than half of schools reported no incidents whatsoever. It makes sense that parents would see some campuses as safe havens compared to others.

Only five states have a greater prevalence of school bullying than Michigan does, according to a September analysis from WalletHub. Bringing it home, the Heartland Institute's Tim Benson observes from the U.S. Department of Education's latest reported data that "26 percent of Michigan high schoolers reported being bullied on school property in 2017, the eighth highest rate in the nation. Additionally, 19 percent reported being electronically bullied, which placed Michigan fifth worst in the United States."

The cyber school model provides the answer for some of these families, one way the tuition-free option to learn from home can be a lifesaver. Yet charter schools — be they online or brick-and-mortar — are not a panacea. Some charters report having their own share of bullying and violence. This reality calls for giving parents more options, not less, especially families with more limited means.

That's why the Heartland Institute's proposed solution of Child Safety Accounts bears a closer look. The bold, creative idea is an offshoot of the education savings accounts available in six states — mostly for students with special learning needs. The CSA program would benefit students facing threats to their health and safety. Their families could access a restricted-use debit card to pay for private school tuition, tutoring, learning software, textbooks or other needed educational products and services.

Approving such a program in Michigan would face the monumental obstacle of a constitutional provision that restricts parents' ability to use public funds or tax incentives to underwrite their private educational choices. But if removing that obstacle is what's needed to help free more children from dangerous circumstances so their learning can thrive, then the time has come to reassess our state's priorities.