Flint’s Northridge Academy is still settling into its new, more spacious Coldwater Road campus. The public charter school has shown significant growth in core academics. Now the opportunity lies ahead to expand its footprint and its range of programming.

Northridge’s board recently acquired an unoccupied facility on the city’s east side, which the school possessed only shortly before the academic term began. More amenities are available to students now, including a gymnasium and larger outdoor space that could be used for a playground and athletic field.

Some rough edges can still be seen. A leak in the roof is being addressed. The classical music Northridge students are accustomed to hearing on the hallway speakers is not yet set up.

Like the building, the school and its 300 students — nearly all low-income and African-American — represent a work in progress. Students bring many challenges, including the effects of the Flint water crisis, with them to school. But Northridge Academy is committed to pursuing excellence rather than providing excuses. 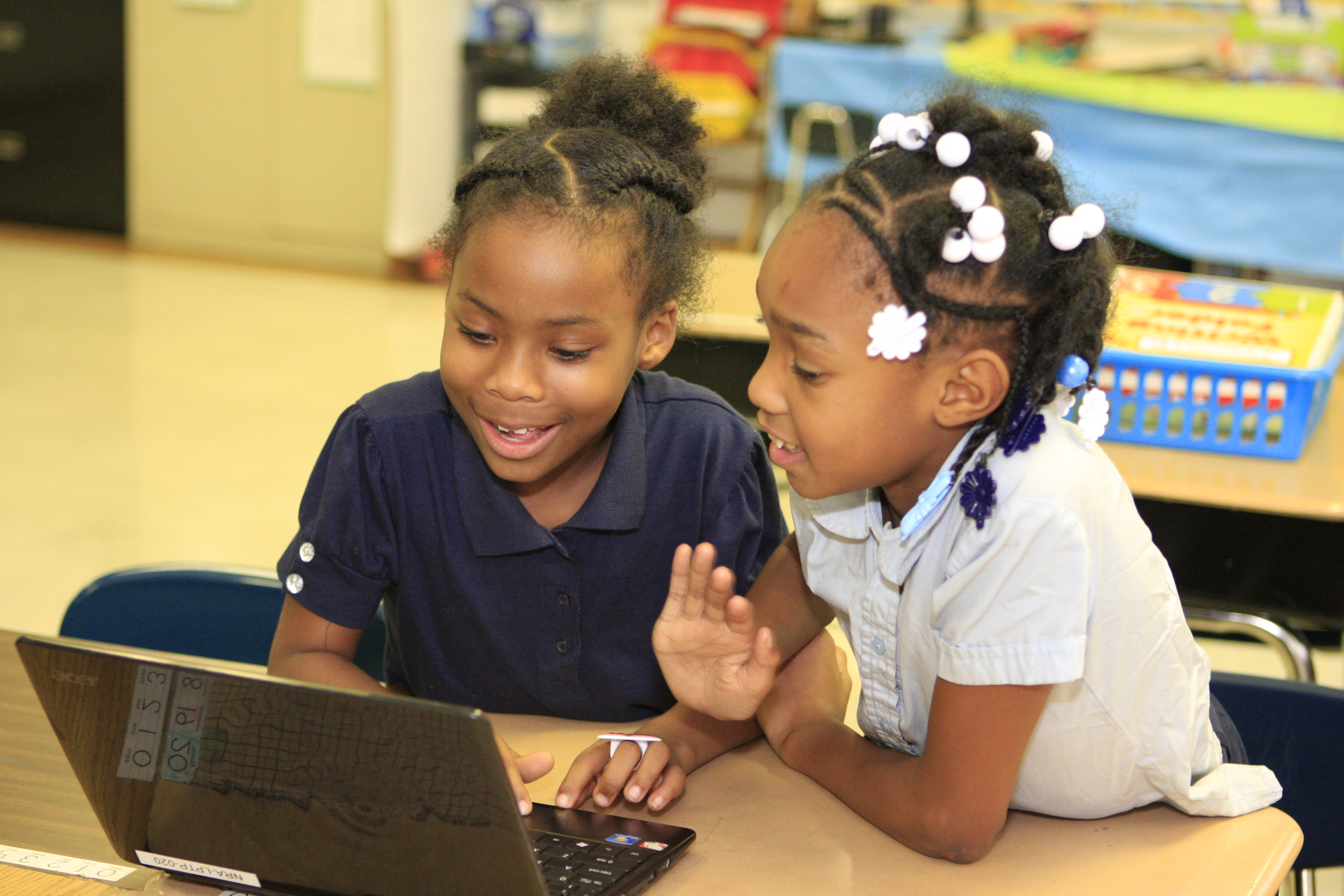 “We have not arrived yet,” school leader Latricia Brown-Coates insists. The Detroit native was promoted to her position in 2012. Key results bear out the academic improvement that has taken place.

Every other year the Mackinac Center releases a report card that grades the state’s elementary and middle schools based on multiple years of achievement, adjusted to compare with expectations based on the share of low-income students schools serve. Northridge Academy ascended from a middle-of-the-road C in 2013 to an A grade and the top 5 percent statewide on the most recent edition.

In 2014, the Michigan Department of Education designated Northridge Academy as one of 55 Reward Schools for beating the odds of student poverty.

At least part of the explanation for the accolades can be found on classroom and hallway walls. The emphases are consistently visible: learning objectives, vocabulary words, behavioral expectations, and school mission and vision statements are present in every classroom.

Also posted are student results and goals on the NWEA assessments, administered three times a year to measure learning progress in key areas of mathematics and reading. The display of data is more than just an adornment. Of the 14 total tests, one for each subject in grades two through eight, Northridge students hit the targeted goal of being in the top half nationally for making progress from fall to spring. More impressively, they reached the 90th percentile or above on eight of the 14 tests. 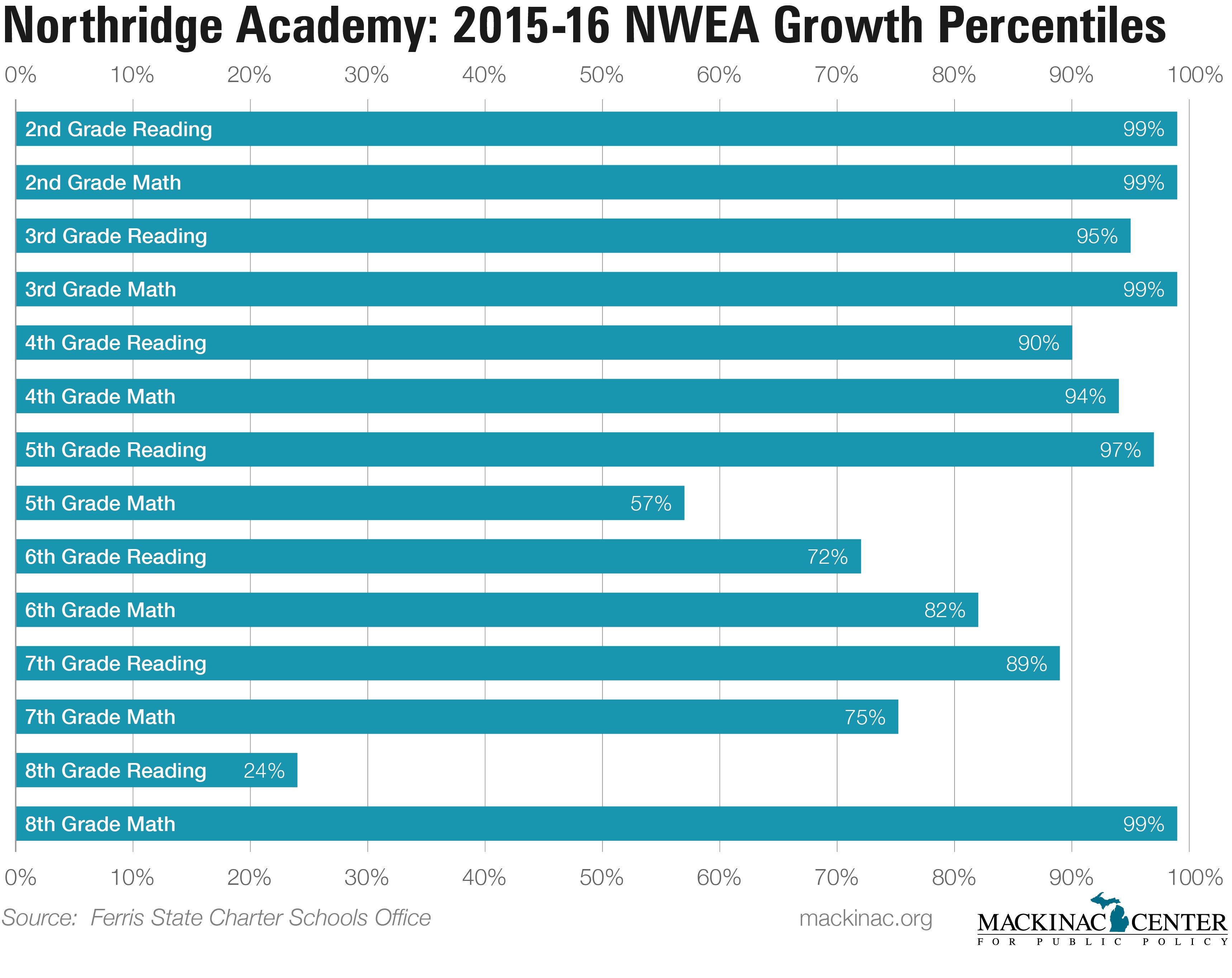 Brown-Coates clearly conveys high expectations for Northridge students and staff. Teachers are required to keep up to date on their grade books and lesson plans.

Yet as a former teacher of “last-chance” students at Detroit Edison Public School Academy, she understands the challenging environment and the demands to provide a successful and supportive school culture. Every morning she sends her staff members a text message with a reminder of her love for them. Teachers have freedom to choose background music for their classrooms, and this year have been able to provide more innovative setups than the traditional rows of desks or tables.

Northridge’s school leader is proud of her team’s accomplishments — not only improving the school culture and raising the academic bar but also inspiring respectful behavior that has created a safe environment. While maintaining an atmosphere of discipline, she also regularly communicates her care for students and is seen by many as a mother figure.

Brown-Coates emerged from difficult childhood circumstances at home and at school. Her own beat-the-odds story drives a passion to get the best out of students who figure to have their own share of serious obstacles to overcome. “I don’t want these kids to have my experience. I want them to have a no-excuses mindset,” she said. “Because I did it, they can do it, too.”

The school partners directly with the Leona Group, a management company that employs its staff, on a range of support services; the charter is authorized by Ferris State University. The academy has just launched a chapter of National Honor Society. The leader’s vision for the school’s future includes enriched offerings more often seen in a suburban setting than in an inner city school: robotics, debate and a stronger arts program.

“We want to remain on the path where we continue to grow.”