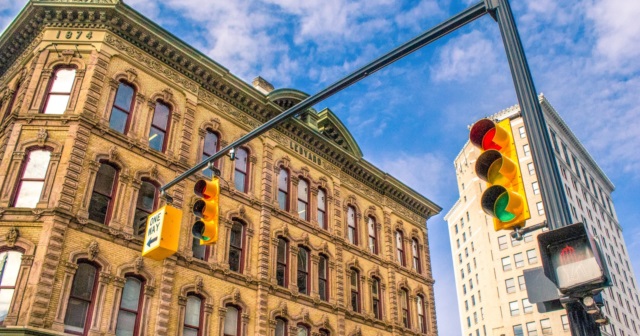 These programs should be repealed and their administrative agencies shut down

The Mackinac Center recently released a rigorous study of state economic development programs. It uses two unique datasets to measure employment impacts at organizations incentivized by the state going back to the 1980s. We found significant and meaningful employment impacts in 4 of 9 incentive categories, the largest of which involved programs for the state’s 21st Century Jobs Fund.

For the unfamiliar, the law was enacted in 2005 and was pushed to underwrite a broad array of commercial activities in the hope they would facilitate job creation. This was the initiative that was supposed to leave Michigan citizens “blown away” by the gusher of jobs it was supposed to create. The program is demonstrably ineffective and should be repealed in favor of higher spending priorities.

To track the impact of state economic development program we put together a database of more than 7,300 incentive deals authorized by the state going back to 1983. We then attempted to match as many of these as possible to employment information found in the National Establishment Time Series database. The NETS is basically a census of American business. It allowed us to track employment at these firms over time. The dataset we acquired ran from 1990 through 2015.

We identified more than 1,300 deals in state reports as having been subsidized through the 21st Century Jobs Fund and were able to match 727 of those to firms in the NETS data. (We were unable to track every company that received subsidies through this program due, in part, to shortcomings in state reports.) We found that the programs created jobs, but had to offer between $274,800 and $330,600 of incentives per job per year. Even if the new jobs paid $400,000 each, they would not return to the treasury what was necessary to create them.

This is not the first analysis performed on the 21st Century Jobs Fund. The Mackinac Center’s 2016 report found that the program lacked “clear and consistent performance benchmarks” and “did not meet legislative reporting and transparency requirements,” among other items. In 2012 and 2013 the Mackinac Center also catalogued a series of failures that likewise cast doubt on the programs’ effectiveness.

The 2013 Michigan Office of the Auditor General review of the fund found that only 19% of the promised jobs in one 21st Century Jobs Fund initiative, the Centers of Energy Excellence, were created. Even then, this was a direct accounting of data of new jobs at subsidized firms, not a cost-benefit analysis. That 2013 OAG review and an earlier OAG report both criticized the Michigan Economic Development Corporation — the state’s chief jobs department at the time — for its oversight of COEE, among other items. In 2010 the Detroit Free Press analyzed the program and reported that only one-third of promised jobs had come to fruition through September of the previous year.

The only study we know of that demonstrated positive impacts from any 21st Century Jobs Fund program is the 2016 paper authored for the MEDC, the agency responsible for the program’s administration. There were several issues with that report, but perhaps first and foremost was that the authors left out 400 companies that had been supported by the state but by then were no longer “actively operating in Michigan in 2013.” It is easy to show success if you ignore the failures.

If all of this weren’t bad enough, the $75 million that has been wasted on this program each year is taken from tobacco revenue dollars that could be used for a higher purpose.

The Mackinac Center has been providing analysis of state and local jobs programs and preferences since the late 1980s. Our newest study does likewise with two new datasets that permitted us to measure job creation at companies chosen by state bureaucrats as “winners” deserving of special fiscal favors. In some cases, jobs were added at these firms but at a staggering cost of incentives offered per job per year.

These programs should be repealed and their administrative agencies shut down in favor of across-the-board reforms and reprioritization of existing spending.