A Plea for Skepticism about the MEDC: An Open Letter

Lawmakers should take a closer look at economic development programs 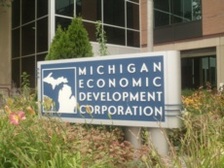 Dear Lawmakers and Candidates for Office:

If you lost a contested primary election in which 1,400 votes had been cast in total, but 400 of those that likely favored you had first been tossed out, would you be angry? Of course you would. The creative vote count may amount to election rigging and what statisticians might generously call “selection bias.”

I was reminded of this while recently reading a 2016 study bought by the Michigan Economic Development Corporation from a consultancy called TEConomy Partners. These consultants, to their credit, were very explicit about their methodology — what they chose to leave out and what they chose to assume. Unfortunately, their approach is enough to largely discredit their economic impact findings.

This raises questions about a willingness of consultants to exempt data in a way that make MEDC programs look more successful than they really are. The MEDC should not be allowed to hire those consultants needed to gauge the success or failure of a state corporate handout program. The agency simply has too much incentive to game the results. The Legislature should mandate that the Office of the Auditor General perform the evaluations or hire a responsible consultant, and then give the OAG adequate resources to do so, preferably money taken from one of the state’s failed corporate handout programs.

The report produced by TEConomy Parnters measures investments made by the state’s 21st Century Jobs Fund program in companies that some state bureaucrats thought were “winners,” or should be. The authors of the report were charged with creating a “quantitative analysis of the impacts of the investments to date,” among other tasks.

To do so, they compiled a list of 1,400 Michigan companies provided with financial or (perhaps) other 21st Century Jobs Fund assistance by the state between 2005 and 2014. The consultant then excluded from its analysis the roughly 400 companies that had been supported by the state through the program but were not now (in its own words) “actively operating in Michigan in 2014.” (Emphasis added.)

In other words, the MEDC’s consultants eliminated from their analysis the almost 29 percent of firms that had taken taxpayer goodies and run to other states or had failed outright — and then declared that their count showed the investment program was a winner. I bet a lot of political campaign losers last week would have been winners had they been able to toss out more than a quarter of their opponents’ votes.

In addition, the authors warned that, for the sake of their analysis, “It is assumed that these programs have supported all the employment in these firms.” But the logic behind such an assumption is never justified. The jobs created by the firms may have very easily been added sans subsidy, and maybe even before the 21st Century Jobs Program had been created. Assuming a link between state subsidies and jobs is like announcing up front that you will assume the program is a success.

This sleight-of-hand exercise is not an MEDC one-off.

The MEDC has hired consultants in the past who determined a return on investment for various programs, but only after first excluding some or all of the costs of those programs from the calculations. The Pure Michigan campaign is one case in point. The MEDC’s consultants claim they can measure the impact from Michigan tourism promotion, such as running commercials in other states. But they do so while excluding from their estimates the cost of producing those commercials. This no doubt overstates the campaign’s returns. This is not mentioned in the MEDC’s self-aggrandizing public relations statements.

Another case involves the disastrous film incentive program, which wasted $500 million before being shut down. In 2009 scholars at Michigan State University were tapped by the MEDC to measure the impact of the first year of the Michigan film incentive program. The researchers declared it a success and a corresponding press release labeled the program a “big hit.” But these researchers excluded every dollar of the program’s considerable expense from their estimates and said nothing of that fact in their analysis or related press release.

The state’s economic development administrators have their own reasons to puff up their purported success as job-creating dynamos. After all, they are charged with creating jobs and have been given massive amounts of money — directly and indirectly — for the work. They must at least create the appearance of success.

One of the ways they do this is by hiring consultants who employ a questionable (one scholar uses the word “mischievous”) methodology that inflates the jobs and other impacts of the state’s business subsidy programs. Even if the consultant doesn’t conveniently ignore pertinent costs associated with corporate handout programs, MEDC officials can game requests they make of contractors to tilt the contractors’ conclusions in their favor.

This is why state legislators should prohibit the MEDC from selecting any of the scholars or consultants who review the efficacy of MEDC programs. It simply has too many incentives to game the results.