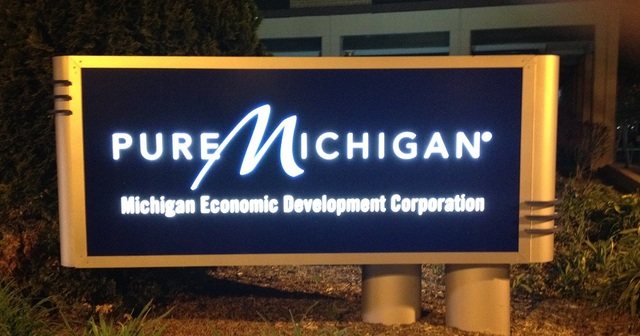 The Michigan Economic Development Corporation, the state agency in charge of corporate welfare programs, is lobbying for its Pure Michigan tourism promotion campaign (and itself in general) with claims of a high return on investment.

These claims have been heard before. But Dave Lorenz, the vice president of the MEDC arm in charge of the subsidies (Travel Michigan) is actively touting an amazing return on investment in the program: 587 percent in a single year. Unfortunately, it appears that he simply wants us to take his word for it.

In a November 15 Crain’s Detroit article, Lindsay Vanhulle reports that “a strategy of talking about the (Pure Michigan) campaign now is all part of pushing a more compelling business case, and showing an example of return on investment, for the Michigan Economic Development Corp.” In touting the benefits of Pure Michigan, the MEDC is seeking to justify not only one of its programs but its very existence.

The Pure Michigan program spends taxpayer dollars on ads that benefit the tourism industry. The agency insists this actually benefits everyone, and to prove it, has purchased a rosy-scenarios study through no-bid contracts from a vendor who refuses to fully disclose its methodology.

The latest product from the MEDC’s vendor, Longwoods International, purports to show that Pure Michigan leads to $6.87 in tax revenue for every taxpayer dollar it spends out of state to lure people into visiting Michigan. Yet the closer one looks the more holes appear, starting with the fact that Longwoods keeps as proprietary the precise method or math on which its conclusions are based. That is, the company that is supposed to analyze Pure Michigan’s effectiveness reports a high return on investment but will not demonstrate how it reached that conclusion. The reports are then used by the MEDC as evidence of its program’s success and by lawmakers when they debate budget appropriations.

Indirect evidence for the implausibility of the MEDC’s claim was actually provided by the industry itself. A report from the Tourism Industry Coalition of Michigan first described the idea of the industry itself paying for a promotional campaign. But then it explained, “There is absolutely no industry support for a broad-based self-assessment approach to generate sufficient monies to fund Travel Michigan.”

If generating a 587 percent return on investment in 12 months is as easy as the MEDC says it is, why would tourism associations not pursue the option with their own money? Yet the industry’s goal is to persuade legislators to use $50 million of taxpayer money — each year — to promote tourism.

The cozy no-bid agreements granted to Longwoods should put a spotlight on ties between the firm and some MEDC employees. Longwoods’ current chairman is George Zimmerman, who used to hold the same high position at MEDC (head of Travel Michigan) now filled by Dave Lorenz. It is not illegal — or even nefarious — for a former public employee to subsequently have a leadership role in one of an agency’s contractors. But the MEDC and the rest of state government must be careful about even a whiff of impropriety. In this case, the arrangement happens to underscore the dangers in MEDC’s long-standing culture of secrecy.

The MEDC’s written explanation for its no-bid contract with Longwoods states that, “the objective of this contract is to prove that the benefits for conducting a paid advertising program for tourism out weight [sic] the costs.” [Emphasis added.] It further reads that such a study “can demonstrate not only the success of the program, but prove that the investment of state funds provides a higher rate of return on tax dollars than the investment costs;” and "as such the effectiveness of the program can be demonstrated and the continued funding of the program can be justified." In other words, MEDC officials fully expected the study that they were buying to justify the program they had championed.

An old portion of the Longwoods International website also contains language that may give a reader pause. One page gives as a case study the company’s experience with the Colorado Tourism Office. The dominant feature of the page is a timeline, several features of which suggest that Longwoods was hired to facilitate an outcome rather than pursue an answer. From the site:

In 1997, the CTB was reconstituted and given a one-time, $2.1 million appropriation. Longwoods was commissioned to carry out visitor and economic impact research to demonstrate the importance of tourism and provide ammunition in the industry’s efforts to convince the State Legislature of the need for permanent funding for tourism marketing

Longwoods was hired by the Colorado Tourism Board and the Colorado Travel & Tourism Authority to develop a Strategic Marketing Plan that would serve as the foundation for a funding request to legislators.

The page is titled “Budget Justification.”

Maybe the people who wrote this page were just too sloppy with their language, or didn’t understand what the company actually did. Perhaps the results of different analyses were not simply foregone conclusions. Maybe each writer was simply confident that an intensive analysis of the data was sure to show that taxpayer subsidies to tourism marketing produced a positive result.

To the great credit of Longwoods International founder Bill Siegel, he has on more than one occasion graciously fielded calls and emails and questions from me — a known skeptic and public critic. Unfortunately, his company is still not prepared to publicly demonstrate precisely how its ROI numbers are generated. This is important, given that the MEDC has a reputation for puffing up its own job claims and has championed other programs (film subsidies and broadband deployment) with studies whose claims fall apart upon careful examination.

Here’s the reality: The net returns on Michigan’s tourism promotion spending are actually negative, according to data collected for an upcoming Mackinac Center study. We plugged the numbers into a statistical model of our own construction and found a tiny gross return for the accommodations industry. We teased our initial findings in May and as yet the MEDC has offered no refutation.

The Michigan Economic Development Corporation has always been its own biggest cheerleader, and never more so than when its own funding is at risk. Until Longwoods and MEDC officials precisely explain how their ROI claims were generated, no part of them should be taken seriously.