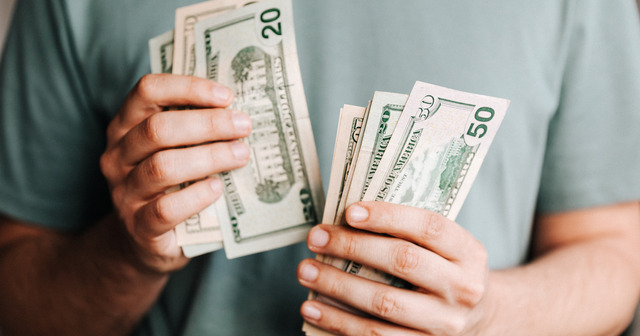 Lawmakers should keep the promise to cut the personal income tax

The advantage of serving many years in one position is having experience and perspective. One can draw on a reservoir of past events and look for themes. One recurring storyline in my nearly 30-year association with the Mackinac Center is that of tax cuts not delivered.

To be blunt. We are owed a personal income tax cut. In 2007 the administration of Gov. Jennifer Granholm — in concert with legislators — raised our personal income taxes 11.5% on the promise that the increase would get rolled back after the governor left office. Under her successor, Gov. Rick Snyder, there was a 0.1 percentage point cut to 4.25% and all future cuts were scrapped.

There is no better time than now to keep that 2007 promise. It is affordable, and evidence shows it could help supercharge Michigan’s economic gas tank. This is all the more important since federal data shows the nation in a recession.

A PIT cut will also make us more competitive with states that have cut their income tax rates. Ten states have done this in 2022 alone, according to the Washington, D.C.-based Tax Foundation. In the last two years, Ohio and Indiana cut theirs, as did Wisconsin, a state led by Democratic Gov. Tony Evers. Many states also cut their corporate tax rates.

We can afford a PIT cut. The state budget has grown robustly in recent years, even excluding billions in pandemic-related federal subsidies. There is still $7 billion sitting unappropriated in Lansing that could be used for across-the-board cuts.

The good news is that the Legislature sent Gov. Gretchen Whitmer two different bills to cut the personal income tax. One of those would have taken the rate down to 3.9%. The bad news is that — despite a state treasury awash in cash from economic growth and pandemic-related federal aid, Gov. Whitmer vetoed both.

This was harmful on several levels. First, it calls into question the very notion that government officials can be trusted to keep their word to let workers keep their own money. The Mackinac Center has long told the public it should be wary of promised tax cuts when accountability is weak. Officials should respect taxpayers enough to abide by such promises; otherwise, their assurances just reek of a cynical ploy.

Lawmakers are under no legal obligation to respect the institution and carry out the promises of previous political classes. That may be why the tax cuts planned for the post-Granholm years petered out. But the failure of subsequent leaders to follow through may harm the very fabric of our political culture. It gives voters the sense that they are forced to play Charlie Brown to Lansing’s Lucy. On what other big issues should Michigan residents bother to trust the state?

Not cutting taxes will also stymie Michigan’s potential for job growth. In 2018 the Mackinac Center used estimated that cutting the income tax rate from 4.25% to 3.9% would create 15,000 new jobs in the first year alone. No tax cut, no big job gains, which are all the more important as the nation enters a recession.

Ours is not the only research on the benefits of lower rates. One of the largest reviews of the literature on this subject is from 2014. It is titled “Lower Taxes, Higher Growth” and is a summary of findings from 680-plus scholarly articles published back to 1990. There were 83 papers that looked specifically at the impact of income taxes, and 67% showed a negative association. That is, income taxes harm economic growth.

If lawmakers have any interest in creating more opportunity for the people of Michigan, they should keep the 2007 promise to cut the personal income tax. Rolling back its rate will make us more competitive with nearby states for jobs and capital. The government can afford it now, and personal income tax cuts help facilitate growth. They are far more effective than other policies sold as a way to create jobs.