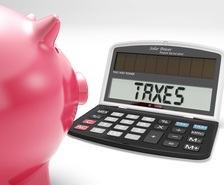 The first proposal (not yet introduced) is being floated by Sen. Jack Brandenburg. His offer would also reportedly come with offsetting tax increases (sales tax, for instance) elsewhere and spending cuts, too. It sounds like a net tax cut, effective immediately, but the devil will be in the details.

The second proposal, introduced by House Speaker Pro Tem Lee Chatfield, would roll back the personal income tax to 3.9 percent (from 4.25 percent) starting in 2018 and then reduce it each year by 0.1 percent until it was zero, which would take 39 years.

Both proposals have some pluses and minuses. Economists find sales taxes to be a more economically efficient way to fund the government, although they are also considered more regressive. But higher income taxes are known job killers. That’s especially true in multi-rate systems, which Michigan’s constitution thankfully bans.

Although his plan would only gradually reduce the state’s income tax, the first cut in Chatfield’s bill is significant. Michigan taxpayers are owed one. In 2007, Gov. Granholm and the Legislature promised taxpayers that the 11.5 personal income tax hike they imposed would only be temporary. It would be rolled back, they said, starting in 2011 at 4.35 percent until it got to 3.9 percent in 2015.The complete rollback never happened. Gov. Snyder (and a new Legislature) did not permit it. Today, that tax stands at 4.25 percent. There are other good reasons beyond fulfilling an overdue promise to cut taxes today.

The Brandenburg proposal eliminates the personal income tax more quickly. But some or even a majority of the revenues it raises will be offset by hiking other taxes, such as the sale tax. The Chatfield proposal, by contrast, does not call for higher taxes elsewhere and cuts income taxes after the initial drop to 3.9 percent over almost four decades.

I will believe that 39-year tax elimination happens when I see it. Like the income tax, I turn 50 this year too. Actuaries say it is unlikely I will live long enough to see this fulfilled, even if future lawmakers don’t stop cuts in their tracks.

While the 39-year phase out is well-intentioned, the previous two administrations both promised future tax cuts that never happened. The first was Gov. Engler’s promise to roll back the Single Business Tax by 0.1 percent per year over 23 years, starting in 2001. The second was Gov. Granholm’s 2007 promise mentioned above. Short of a constitutional amendment, it is simply impossible to bind future lawmakers to the promises of those no longer in office.

A better approach might be to cut personal income taxes and state spending deeper and faster than proposed and only then discuss phaseouts or a hike to the sales tax.

Critics might complain that there is nowhere in the state budget to cut spending and offset revenues lost from eliminating the personal income tax. But Mackinac Center experts and others have repeatedly offered ideas for saving billions and other reforms to state spending that would help lower the tax burden, invest in infrastructure and shore up pension liabilities, too.

You can review many of those ideas by clicking on the links below.