How to save Michigan $5.7 billion annually

It happens like clockwork. Every year, state officials struggle to balance the budget. They propose tax increases, threaten to cut programs and fight to protect pet projects. Policymakers assure us that government has been "cut to the bone."

Is this annual spectacle unavoidable?

Not at all. Michigan can fix its economy, control government spending, save for the future and improve infrastructure with just one idea: Benefits in Balance. The gap between what private-sector workers and public-sector employees receive in benefits amounts to $5.7 billion annually. Bringing this disparity into balance will save the state this amount without cutting a single program, lowering anyone's wages or laying off a single employee.

How big are the disparities?

With $5.7 billion each year, the state could:

Best of all, this could be accomplished with: 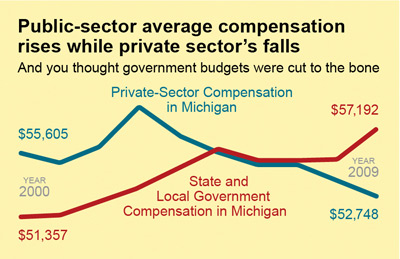 Wages aside, there is a substantial difference between the benefits offered to the State of Michigan’s workforce and private-sector averages: 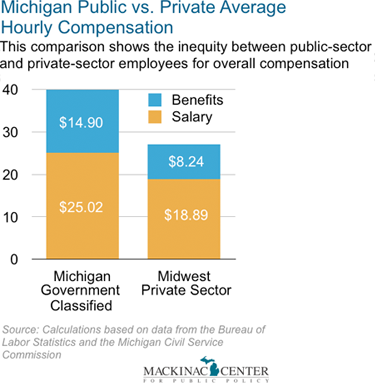 Public-sector wages and benefits have increased while the private-sector's have fallen:
(Note: A previous version of this chart contained a minor error in the wages and benefits calculations. In addition, the Bureau of Economic Analysis has released new data and revised previous data. The figures in this chart have been corrected and updated.) 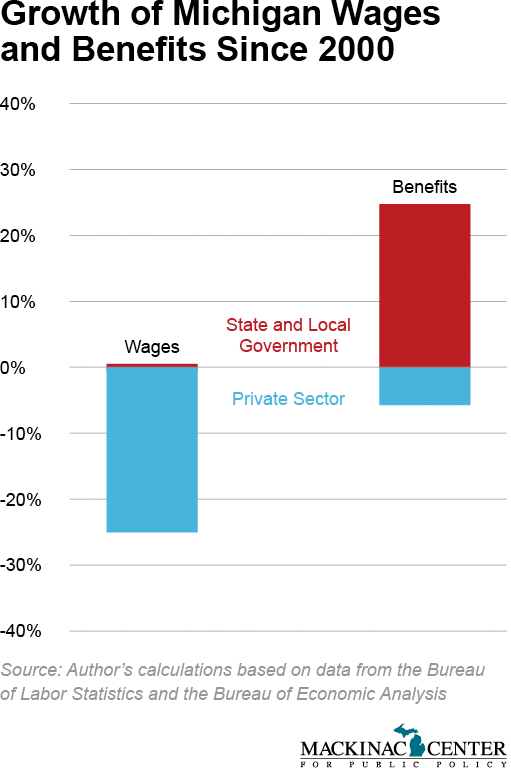 In the past decade, Michigan’s private-sector employees have taken major hits in compensation while state and local government workers have gained: 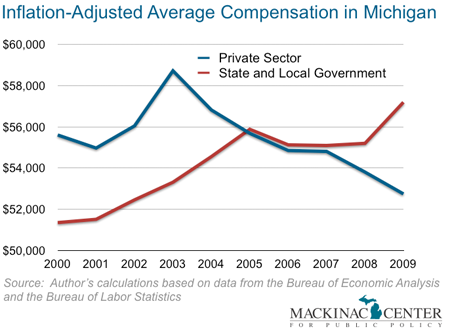 State and local government workers make up an increasing portion of the total jobs in the state: 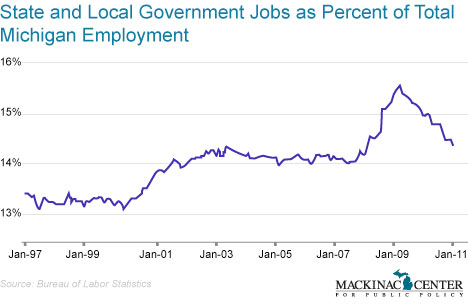 The average worker for the state of Michigan now receives a compensation package that costs $94,686: 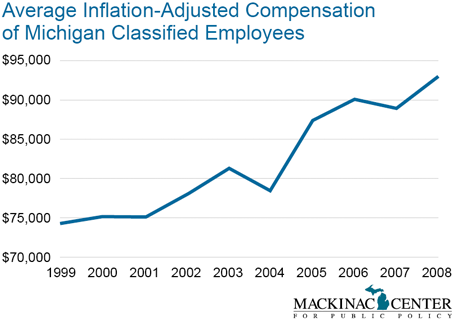