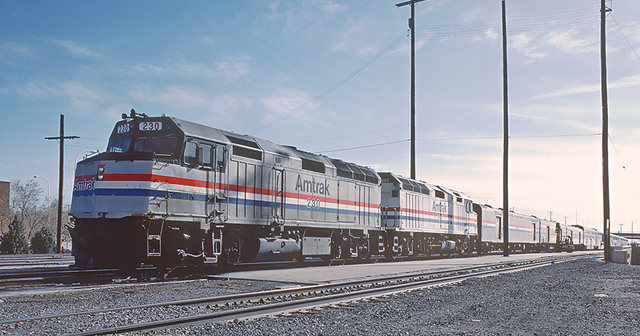 Cutting subsidies to Amtrak is just one option the governor and lawmakers have to reshape the state budget.
Publications / Viewpoints

The Snyder administration is working on the governor’s next State of the State speech and budget presentation. The following list of ideas would free up more than $1.1 billion for higher priorities.

The money could be used to finance infrastructure investments or cut personal income taxes, to name just two ideas. The governor’s 21st Century Infrastructure Commission has recommended billions in new spending. Michigan taxpayers are also owed a tax cut promised in 2007 in exchange for a “temporary” 11.5 percent personal income tax hike, a promise that was not kept save for a 0.1 percent rollback. The new year also brings higher fuel taxes and license plate fees that should be offset with income tax cuts.

Lawmakers should turn over every rock looking for savings before they ask taxpayers for more or further delay giving us the income tax cut we were promised.

The estimates below are designed to help lawmakers address these issues, and, to some degree, resolve them. They do not represent the sum total of Mackinac Center ideas. Most of the figures were taken from the “as passed” fiscal year budget and related state documents.

Eliminate the Michigan Economic Development Corporation. This expensive corporate welfare bureaucracy is demonstrably ineffective and expensive. Estimated savings: $181.1 million. This savings excludes revenues not appropriated by the Legislature from Indian Gaming money that ultimately accrues to the MEDC’s benefit.

Short of eliminating the MEDC, its budget could certainly be trimmed. The state could end the failed $34.0 million Pure Michigan marketing program and its $10.2 million-plus “arts and cultural” line item. It could also reduce other items dramatically.

Redirect Indian Gaming revenues. The Legislature could send these dollars elsewhere, perhaps to valued infrastructure investments. Estimated savings: $43.0 million. This figure is based on 2015 revenues.

Eliminate state revenue sharing not mandated by the Constitution, or, alternately, redirect the money to new infrastructure projects. Estimated savings (if revenue sharing is eliminated): $465.3 million. The Mackinac Center has long recommended eliminating the non-constitutional portion of revenue sharing and returning it to taxpayers. Short of that, the Legislature could ensure that local governments still receive their expected revenue-sharing money but earmark it for the infrastructure investments the state believes are needed.

Stop subsidizing the Ann Arbor campus of the University of Michigan. This institution is large and rich enough to pay its own way. Estimated savings: $308.6 million.

End rail operations and infrastructure for Amtrak. Estimated savings: $58.6 million. The portion of Amtrak subsidized by Michigan taxpayers comes mostly from the state’s Comprehensive Transportation Fund and could be repurposed for more useful transportation-related investments.

End Michigan State University Extension. Estimated savings: $28.7 million. This money funds 4-H and other educational work. A sizeable $2.6 million was used to support Project GREEEN, which is “a research effort on behalf of Michigan’s agricultural industry.” Industry should finance its own research.

There is a litany of smaller items that could be eliminated, too. Budget negotiations often see questionable items included as one-time spending, which often continue for years. In the current budget there is an entire section of them worth $12.0 million in General Fund dollars. Here’s one example:

Another $500,000 grant was approved to subsidize a museum in Detroit and yet another — worth $2.5 million — was for a fair in Kent County. Subsidizing a farmer’s market, Detroit museums and Kent County fairs is not a proper function — nor an efficient one — of state government.

Our list could go on, but this is a good start. Lawmakers should turn over every rock looking for savings before they ask taxpayers for more or further delay giving us the income tax cut we were promised. In addition to Mackinac Center ideas, others exist. Two government entities, the Michigan Legislative Commission on Government Efficiency and the State Budget Office, published their own in 2009 and 2010, respectively. Their recommendations can be found on the Mackinac Center’s website.