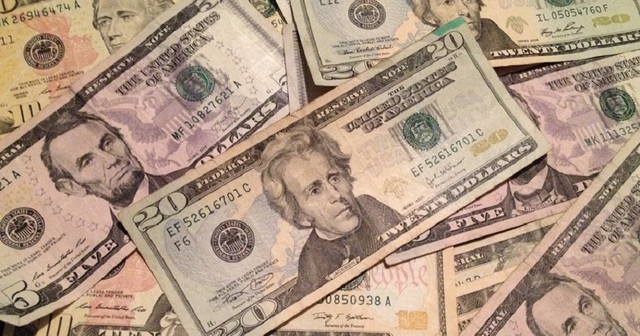 Here's Why You Deserve a State Income Tax Cut

It’s the people’s turn for something positive, and this is the right time and environment for a substantial state income tax cut.

Legislators are sympathetic, and want you to know it: In every recent legislative session, bills have been introduced to lower the income tax rate. But they never move.

The excuse is always the same: “Budget pressures are growing; we might have to cut spending if citizens get to keep more.”

The excuse is irrelevant. Yes, a lower income tax rate is likely to reduce state government revenues in the short run. But in the long run, income tax cuts encourage growth and can result in higher revenues to the state treasury. Lowering tax rates lowers the barriers to investing in Michigan, and letting people keep more encourages them to earn more.

More money than ever is now rolling into the treasury. Tax revenues are up from $25.2 billion at the low point of the last recession to $31.0 billion this year. Some of that increase should be returned to the regular taxpayers who pay the bills.

Lawmakers are adept at finding ways to make ends meet when pressed. Take just one example from last year. Before they met political demands for more road spending with permanent increases in license plate fees and the gas tax, legislators found $400 million already in the budget that they could and did repurpose to roads.

That $400 million would also have been enough to trim the state income tax rate to 4.1 percent. That’s a modest cut from the current 4.25 percent, but one that taxpayers would welcome nonetheless.

When it comes to finding ways to accommodate new spending, politicians find a way. The state provided multiple bailouts to Detroit in recent years. And when the bills come due each year for billions worth of corporate welfare handouts promised by the previous administration, lawmakers manage to cover those payments, too.

Today it's Dan Gilbert’s Detroit real estate holdings and yet another “economic development” scheme. The final price tag is unknown, but the Senate, at least, seems poised to write a blank check.

Scores of other machinations to redistribute income to developers have been introduced in the current Legislature, and many have passed the House or Senate.

Others create more potential for distributing privatized gains and socialized risks, such as a Michigan Senate public-private partnership bill and a House-passed bill  to involve developers in port authorities.

So when do regular people who receive no special government favors get their chance for some relief?

The Mackinac Center and others have identified many opportunities for the state to trim spending. These include eliminating ineffective corporate welfare programs and not increasing the amount of money going to already gold-plated state college and university facilities. Longer term, summoning the political will to stop pension underfunding can save the state and local governments large sums.

Unlike all the special interest bailouts and subsidies, an across-the-board income tax cut doesn’t even require lawmakers to find dollar-for-dollar budget cuts. Billions worth of previously promised “refundable” business tax credits are based on the income tax rate; lowering that rate means that the state would have to pay less to these politically well-connected interests. (Details here.)

And then there was the promise politicians made — and then broke — as part of a huge 2007 income tax increase. The higher tax rate was just a temporary measure to tide the state over until better times. So they said.

Well, better times are here. Yet as part of his 2011 tax reforms Gov. Rick Snyder canceled rate cuts that had been written into law.

Today, legislative appropriators are already discussing politically feasible ways to pay for more corporate handouts. Those discussions should instead be repurposed to finding a way to let regular taxpayers keep more of what they earn.

The state of Michigan can afford to give its people an income tax rate cut. Lawmakers may have to sharpen their budget pencils to pay for it, but that’s just what the budget-making process is designed to do.