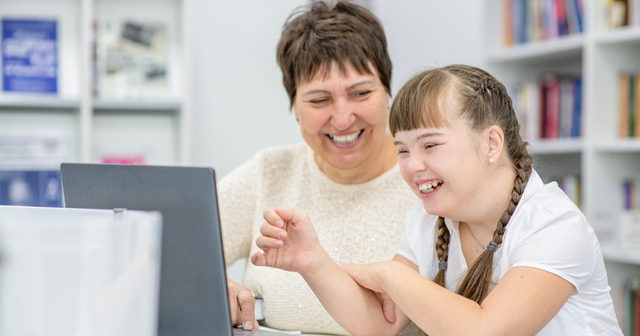 Michigan lawmakers this month look to finalize the next school aid budget, wrangling over how much to increase this year’s $17 billion outlay for 2023. Differences on total spending and specific line items remain. Whatever agreement is reached, though, will represent more of the same for the state’s 56 intermediate school districts.

The limited amount of attention these regional bureaucratic agencies receive during the state budget process rivals their general awareness among voters at large. That may have something to do with the fact that most of their boards are hand-selected rather than popularly elected.

No two ISDs operate exactly the same, but they are primarily charged with overseeing special education services, auditing school pupil counts and managing various back-office services. And they don’t rely on shoestring budgets to accomplish these tasks. These districts serve fewer than 0.5% of Michigan public school students, mostly children with certain disabilities. But they bring in nearly 8% of the state’s school aid. They fare even better from local property taxes and federal appropriations.

Intermediate school districts pass through some of these revenues to other agencies, yet still end up spending one out of every 10 public education dollars in Michigan. The agencies’ relative financial footprint has been growing consistently. That means much of the new money injected into the K-12 system doesn’t reach the classroom. In 2021, for the first time in 15 years, the growth of ISD budgets did not outpace that of conventional districts and charter schools. 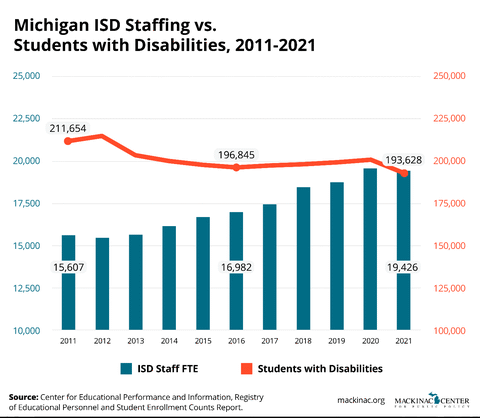 Like typical districts, ISDs spend about 80% of their budgets on personnel. Staffing continues to surge upward, even as there are fewer students to serve. Over the past decade, the state’s public school enrollment has fallen by 10%, and the number of children needing special education services has declined 8.5%. The number of ISD employees and the amount spent on their salaries and benefits (adjusted for inflation), meanwhile, were both 25% larger in 2021 than in 2011. Remarkably, the rate of payroll expansion is slower than during the first decade of the century.

The dramatic budget and staffing growth has not yielded commensurate results for students. While Michigan avoided a repeat of its uniquely low 2018 rating for special education, measures of achievement and attainment lag for students with disabilities. Many of these students struggled even more with the remote instruction provided during COVID-19 school closures. And access to some special education services is still limited by the padlock regional agencies can place on funding.

Lawmakers and appropriators have privileged the prerogatives of intermediate school districts for too long. To improve student welfare and the impact of tax dollars, it’s time to pursue something different. The current path is not the answer.