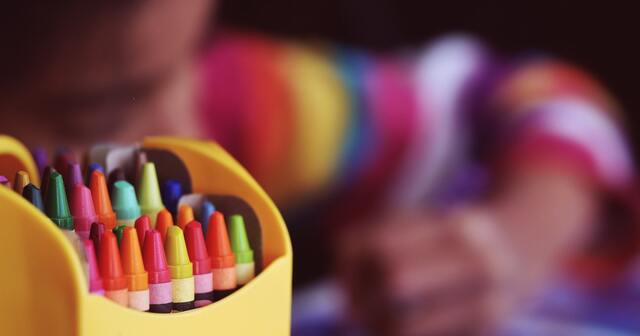 ISD-Run Special Education at Bottom of the Pack

Unlike any other state, Michigan faces potentially serious consequences for its dismal record in special education. Rather than wait for federal officials to intervene to help students, Michigan should look to other states for dramatic changes.

As reported in The Detroit News, the U.S. Department of Education singled out Michigan among the 50 states for failing to adequately serve children with special needs. Of Michigan children with a recognized disability, not nearly enough achieve at grade level, and far too many drop out of high school.

Since 2014 the department has given more attention to rating states based on how well special-needs students are faring, rather than just looking at states’ records in complying with procedures. If Michigan receives a “needs intervention” rating for the next two years, that may lead to federal officials creating a plan to help fix its shortcomings. They may also take some of the state’s federal funding.

The struggles faced by students with disabilities are real and personal. Tears and frustrations drove the Roe family in Macomb County to opt for private education, which many families cannot afford. Other parents of special-needs students, meanwhile, have ended up fighting expensive and painful legal battles with local school districts.

Plenty of warning signs have been there, for those willing to see. Last year, Bridge magazine told Michiganders of research showing an “epidemic of failed students” – that is, schools have failed to give students the help they need. At that time, the U.S. Department of Education had only included Michigan as one state among many that "needs assistance" in meeting federal requirements.

The Michigan Department of Education oversees special education in the state. But the primary responsibility for funding and delivering special education services lies with the state's 56 intermediate school districts. If lawmakers want to make someone accountable, they need to look at the people running ISDs first.

ISDs collect and control the largest share of the money dedicated to special education. They levy taxes specifically for special education, which raises an estimated billion dollars a year across the state. But large funding differences remain; students in some ISDs have 10 times as much money available to them, and even more, as students in others.

Even after state and federal dollars are added in, the amount available from one ISD to the next varies wildly. In 2016 ISDs collected more than $8,900 in special education funds for each student with a recognized need for services. But the per-student figures ranged from half that amount in Lapeer County to more than $16,600 in Clinton County.

A subcommittee of the Special Education Task Force organized by Lt. Gov. Brian Calley has acknowledged the problem, noting last fall the large disparity in special education dollars among ISDs. It recommended that Michigan seek to "reduce inequities by ZIP code," but it mostly offered additional streams of state funding as the solution. Such inequities make it difficult for some students to receive the specialized support staff or other programming they may need.

The subcommittee did not explore more comprehensive solutions, perhaps, in part because six of its 11 members were ISD administrators. Many ISDs — 21 of the state’s 56, representing 63 percent of the state’s local special education millage funds — collect money, only to then deny funding to some students. These 21 ISDs explicitly refuse to spend those funds on nonresident students who transfer to a school within the ISD using Schools of Choice.

These funding restrictions are embedded in different ISD plans to fund and deliver special education services, plans that also vary dramatically in determining how services are delivered to students with different disabilities. The result is that students with similar disabilities in different parts of Michigan have access to different resources, and their parents have only limited power to improve the situation.

Something significant has to change. Keeping ISDs in charge of special education has left Michigan and many of its families vulnerable to ill treatment at the hand of government offices that by law should help them.