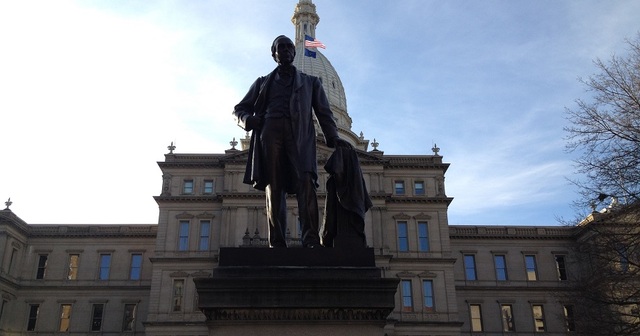 Students with special needs should have access to real choices

Overshadowed by important debates and competing proposals about the future of education in Detroit, a longshot legislative proposal to give special-needs students access to more opportunities has exposed the priorities of school choice foes.

House Joint Resolution B by Rep. Tim Kelly, R-Saginaw, would place a constitutional amendment before Michigan voters to allow families of special-needs students to use public funds to support their child even if they enroll in a private school. A favorable vote from two-thirds of House members would be needed to place the idea before voters on the ballot.

An onerous provision in Michigan’s state constitution currently takes public support for private school choice off the table. As a result, opponents could have hung their arguments on the monumental legal barriers and held their fire against the policy’s substance. Instead, as MIRS News Service reported, two legislators opposing HJR B revealed their weak hands.

Rep. Andy Schor, D-Lansing, offered an amendment in the House Education Committee that would have effectively gutted HJR B by requiring private schools to abide by the same regulations as public schools. “If it’s really about giving parents choices, the way Republicans claim vouchers are going to, then let’s make sure that the choices are absolutely equal,” Schor reportedly said.

Ensuring that Option A is exactly the same as Option B eliminates any real choice. Private programs would forfeit unique qualities that attract students, or more likely, choose not to participate. The proposed amendment would preserve the status quo, leaving one form of schools (private ones) available only to families that have the means to access them.

At best, families with enough means, like the Roes — who recently wrote about their struggle to rescue their daughter Mia from a frustrating situation — might be able get access to a better option for their children’s unique needs. But families clamoring for new options who are unable to afford them would remain stuck.

While Michigan clings to this decades-old ban on private school choice, 13 states have adopted special-needs scholarship programs that empower genuine choice for the more than 50,000 participating kids with various disabilities and learning challenges. These programs grow and thrive because they give many more families the educational services they desire:

MIRS also quoted Rep. Adam Zemke, D-Ann Arbor, saying: “Unfortunately, this particular suggestion is cloaked in a veil of kindness — with the claim that it would help special education students — so it looks innocuous. At the end of the day, however, it's still a ploy to weaken public schools.”

This is the kind of argument that could have been credibly made before educational choice programs have proliferated across most states. Not only are families who use the scholarships happier, but they offer hope for other special-needs students as well.

Of 42 peer-reviewed studies conducted on the competitive effects of charters, vouchers, and scholarship tax credits, 20 have found a definitive positive impact on neighboring public schools, with 11 more showing somewhat positive trends. Only two of the 42 found even mixed to modest negative impacts. (The other nine yielded neutral findings.)

Special-needs scholarships in particular have not been as thoroughly analyzed. But a 2008 study of Florida found that more private schools accepting McKay scholarships for special-needs students also led to “substantial improvements” for disabled peers who stayed in nearby public schools.

Michigan’s legislative opponents of choice place a premium on protecting the status of the current system over other solutions that promise better overall service and satisfaction. But in so doing, they end up missing on both counts.

HJR B may receive no more successful votes this year. Our state’s burdensome constitution may have to be fixed another day. But choice opponents’ hollow arguments still badly miss the mark.