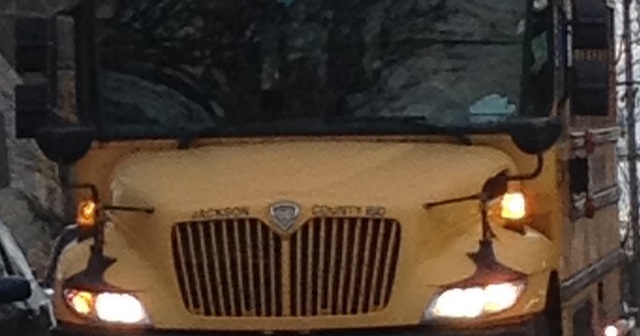 A Case for Popular ISD Board Elections

Legislators have been increasingly interested in Michigan’s intermediate school districts. The increasing financial footprint of these agencies calls for greater public oversight.

A bill that got a committee hearing last legislative session would have given local school districts greater freedom to choose which services they want to receive from ISDs. These services typically include special education and career education, as well as back office and transportation support.

Earlier this month, Rep. Pamela Hornberger, R-Chesterfield Township, introduced House Bill 4314 to require all Michigan ISDs to hold board elections at the ballot box. Most current ISD boards have been hand-picked by a representative from each of the local districts within the ISD’s territory. But four of the 56 ISDs, using an option under current law, elect their boards by a popular vote.

HB 4314 has some appeal in the Traverse Bay area, where one ISD board member has served for 40 years. A local investment adviser there wants to change how the ISD manages its finances; he has taken the unusual step of trying to contest a seat. Traverse Bay isn’t the only region where the selection process has led to long tenures in office. The five-member Wayne RESA board has more than 110 years of combined service — 22 years for each member, on average. 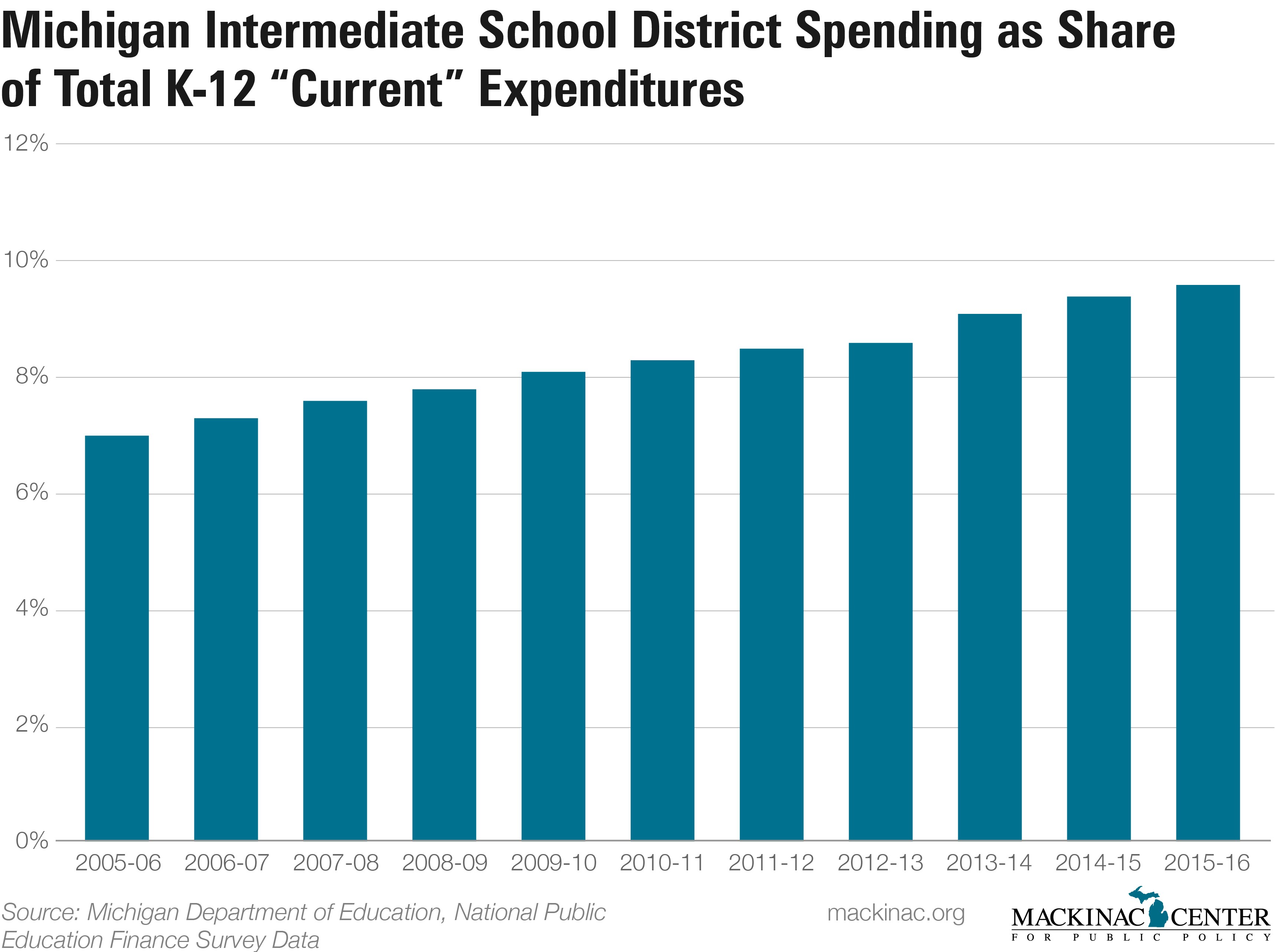 Though the benefits of direct, popular elections aren’t clear, what is clear is that ISD boards have been spending a greater share of Michigan’s public education dollars over the past decade or more. In 2005-06, ISDs spent 7 percent of all K-12 dollars statewide. Ten years later, their share of spending reached 9.5 percent. At the current rate of growth, ISDs will spend one of every 10 education dollars next school year.

This trend is also seen in the actual dollars spent by ISDs. In 2015-16, ISDs reported spending $1,168 for each full-time Michigan pupil, a 33 percent increase from 10 years earlier, even after adjusting for inflation. And these figures do not include dollars that ISDs pass through to local school districts, an amount surpassing $1.06 billion last year. 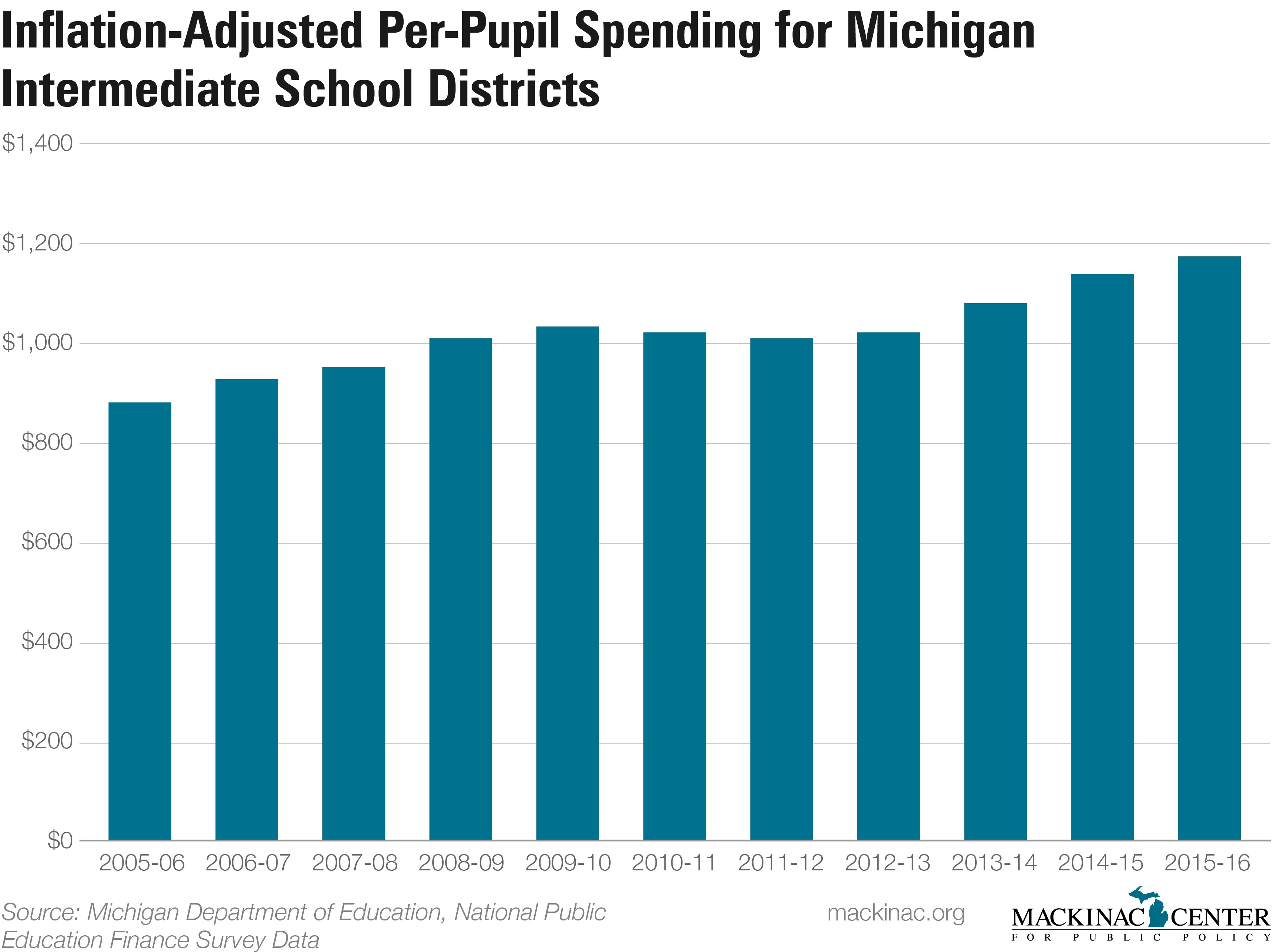 More than 80 percent of the most recently reported $1.62 billion in total ISD operational expenditures paid for employee salaries and benefits. Hiring has far outpaced the growth in student enrollment. In 1993 there were 173 students for every full-time ISD employee in Michigan. Twenty-two years later, the ratio fell to 92-to-1.

As Michigan’s regional education agencies spend more and more tax dollars, legislators have a reasonable case for giving voters a greater say in who is responsible for the pocketbook.