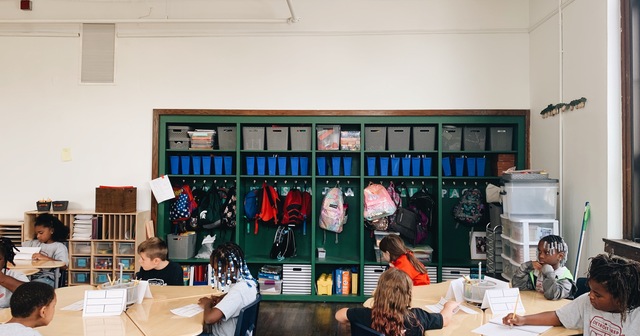 Editor's Note: This article first appeared in The Hill on November 6, 2021.

Back in the summer, the Democratic-majority U.S. House of Representatives narrowly passed legislation to continue funding the U.S. Department of Education. As approved, House Resolution 4502 would deny all federal funding to any charter school that “contracts with a for-profit entity to operate, oversee or manage” its activities. These entities are commonly known as education management organizations, or EMOs.

Reporters at The Center Square have noted that charter school students in New Orleans would be especially hard hit by this triumph of ideology over sound policy. So would their peers in Detroit, according to a new study from the University of Arkansas.

The relatively high number of Detroit charters that contract with for-profit educational management organizations means the actions supported by Democrats in Washington, D.C., would have a disproportionately negative impact on the Motor City. Half of the 18 cities studied in this report host at least some EMO charter schools. But none of them tops Detroit, where 42 percent of charters contract with for-profit EMOs.

Arkansas researchers earlier found that the city’s charter schools received significantly less funding than schools in the surrounding conventional district in the 2017-18 school year, despite their students’ needs. Detroit charter schools that rely on EMOs tend to have a smaller financial disadvantage than those that are independent or affiliate with a nonprofit management organization. Enacting HR 4502 — the Senate has not yet considered it — would increase Detroit’s overall charter school funding gap by nearly $2,000 per student, researchers estimate.

But their findings don’t account for more recent data that strongly suggest the gap has grown even larger. According to the National Public Education Financial Survey for 2019-20, the Detroit Public Schools Community District brought in over $16,000 per student, compared with about $10,500 for the city’s charter schools. Even worse, the district is collecting a massive amount of federal COVID-19 relief — four times more, on a per-pupil basis, than charters serving a similar student demographic.

The result of congressional Democrats’ vote would be to punish schools that compete with and outperform the nation’s lowest-achieving city school system. Opponents of education choice may strongly dislike seeing some charter public schools partner with for-profit companies, and then target them for even deeper funding cuts. But their fixation with contracts and structures overlooks what schools are doing to help students.

In 2017, the Detroit Free Press touted a national report that, on the surface, suggested Michigan’s charter sector was underperforming as a result of depending on EMOs. But a closer look at the data showed the opposite. A subsequent University of Michigan study further found that the state’s largest charter school network, National Heritage Academies, gives its students a superior education in math, compared to students in a control group. HR 4502 would strip away these schools’ federal funding, seven of which are located in Michigan’s largest city.

Among the 18 cities in the University of Arkansas study, Detroit’s charter sector is, more than others, skewed toward low-income students: They make up over 90 percent of its enrollment. The concentration is even higher within schools that rely on EMOs, making the federal proposal especially ill-designed.

The disregard for unfair treatment of less-privileged students, based on their family’s choice of schooling, is not confined to the Democratic Party’s federal officials. In 2019, Michigan Gov. Gretchen Whitmer used her veto pen to selectively deny charter schools a formula funding increase, even though charters are much more likely to serve low-income pupils. Frustrated families today can only hope that she will rethink the decision to block a newly approved K-12 scholarship program, just as she eventually conceded on the charter funding veto.

There is still a chance to stave off the unfair funding plan. D.C. lawmakers should strike the poisonous anti-charter provision from HR 4502. No one would appreciate it more than the families of students in Detroit and elsewhere who benefit from needed education options.