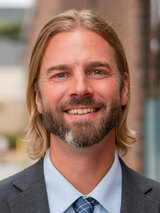 Michael Van Beek is director of research for the Mackinac Center for Public Policy. He joined the Mackinac Center in June 2009 as director of education policy. He has authored several studies for the Center as well as analysis and commentaries that have been published in The Wall Street Journal, The Detroit News, the Detroit Free Press, The Grand Rapids Press, The Oakland Press and elsewhere.

For four years prior to working at the Center, Van Beek taught political philosophy, government, economics and history at North Hills Classical Academy, a private primary and secondary school in Grand Rapids. He also served one year as a North Hills assistant administrator.

He lives in Midland, Mich., with his wife and three children. His favorite color is orange.

Repressive Ride-sharing Regulations Beaten Back in the Big Apple

How Not to Regulate the Innovation Sector

Mackinac Center Study Gives a How-To When Changing the Constitution