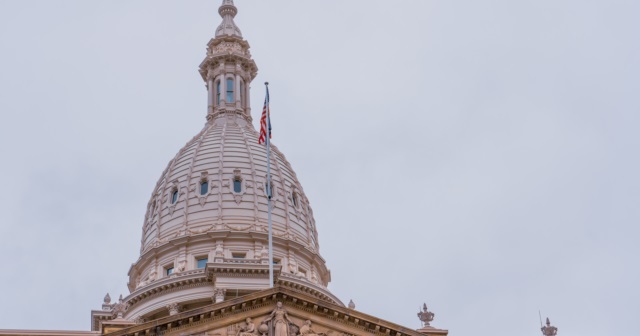 Gov. Whitmer made wide use of emergency powers before COVID-19

Gov. Gretchen Whitmer has issued more than 70 executive orders in response to the COVID-19 coronavirus. These orders, impacting the lives of millions of Michiganders, have drawn a significant amount of attention. But emergency executive orders are nothing new. Gov. Whitmer made wide use of her power to declare official state emergencies before the coronavirus landed on these shores.

In 2019, Gov. Whitmer declared seven state emergencies. In fact, her first executive action on Jan. 28, 2019, was to declare an emergency across the entire state of Michigan. That was in response to “extremely cold weather” that had “not occurred in Michigan for many years,” according to the executive order.

The six additional emergency declarations came in response to various natural disasters that affected different parts of the state. None required a legislatively approved extension, as they all expired within 28 days. But altogether, there was a declared emergency somewhere in Michigan for about half the calendar year in 2019.

The governor’s use of these powers is more concerning now that she apparently believes they may be used whenever she alone decides. If she is correct, the governor has, under various states of emergency, held virtually unchecked power through most of her term in office — at least in some Michigan cities and counties.

But, of course, the governor did not intend to invoke unchecked powers during her declared emergencies in 2019. Each executive order that year referenced only the governor’s legal authority under the state’s 1976 Emergency Management Act. That statute requires legislative approval to extend a declared state of emergency beyond 28 days. Apparently, Gov. Whitmer believed this the appropriate source of her authority for handling dangers posed from natural disasters, even statewide ones.

In response to the Legislature not extending her declared state of emergency in 2020, however, the governor claims her legal authority to declare a state of emergency comes from the 1945 Emergency Powers of Governor Act, in addition to the 1976 act she referenced seven separate times last year. She says the 1945 law provides her the sole authority to determine the length of a state of emergency, and thus, how long she may wield extraordinary powers. If this is the proper legal authority for handling emergencies, one cannot help but wonder why Gov. Whitmer did not invoke it in any of her 2019 executive orders.