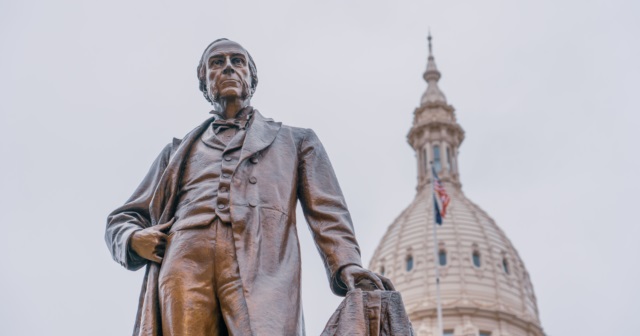 A quick overview of how these rarely used laws work

In an effort to slow the spread of the COVID-19 coronavirus, Gov. Gretchen Whitmer has invoked emergency powers granted to her under Michigan law to prohibit individuals from gathering in large groups. She also called for closing schools, restaurants, theaters, coffee shops, gyms, casinos, libraries, museums and more. Some might wonder: Can she even do that? It’s a legitimate question to ask. After all, this appears to be an unprecedented use of executive power.

Declaring a state of emergency is not new: Gov. Whitmer’s first ever executive order in late January of last year did just that, in response to dangerously cold temperatures. She declared a state of emergency four more times last year, each dealing with an isolated incident, such as regional flooding. Considering Gov. Snyder did not use these same emergency powers at all during his eight years in office, this may suggest an operational preference of Gov. Whitmer’s.

The Michigan Constitution and two different laws deal with emergency situations. The constitution, however, only mentions emergencies “resulting from disasters occurring in this state caused by enemy attack on the United States.” Indeed, the governor is not, during this emergency, using specific powers granted to her in the constitution. They are provided in statute, instead.

Public Act 302 of 1945, called the “Emergency Powers of Governor,” was enacted near the end of World War II. It authorizes the governor to declare a state of emergency and exercise certain powers for that period. Specifically, the act empowers the governor to control traffic, establish a curfew, regulate and prohibit the use and occupancy of buildings and public places, and control the sale and transportation of alcohol, dangerous liquids or explosives. These orders are only effective during the declared state of emergency, and anyone who violates them is guilty of a misdemeanor.

The statute gives the governor broad powers, intending to authorize “sufficiently broad power of action in the exercise of the police power of the state.” But these emergency powers are limited to “times of great public crisis, disaster, rioting, catastrophe, or similar public emergency within the state, or reasonable apprehension of immediate danger of a public emergency of that kind, when public safety is imperiled.” In 2006, Gov. Jennifer Granholm approved adding to the law a prohibition on the governor confiscating legally owned weapons or ammunition during an emergency.

Public Act 390 of 1976, called the “Emergency Management Act,” is meant for “planning, mitigation, response, and recovery from natural and human-made disaster.” It charges the governor with “coping with dangers to this state or the people of this state presented by a disaster or emergency,” and with issuing orders that have the same effect as law during an emergency situation. Specifically mentioned in the statute is the governor’s power to suspend regulatory rules, spend state resources, reorganize state departments, force evacuations and control movements in and around certain areas, and limit the sale of alcohol.

Under PA 390, the governor may declare a “state of disaster” or a “state of emergency.” A disaster is “an occurrence or threat of widespread or severe damage, injury or loss of life or property resulting from a natural or human-made cause” and names epidemics as such a disaster. Under this law, a state of emergency is when the state assists local governments “to save lives, protect property and the public health and safety, or to lessen or avert the threat of a catastrophe in any part of the state.” In both cases, the statute says the emergency may only last 28 days. After this, the governor may request an extension, but only for a specified period, and the extension is subject to legislative approval.

As also stated in PA 302 of 1945, this 1976 law holds that violating the orders issued under an emergency is a misdemeanor. While this may appear to be a harsh penalty, it also limits the governor’s emergency powers in a way. It restricts the governor from enforcing more severe penalties, such as felonies, for violating these rules. In fact, PA 390 holds that individuals must “willfully” violate an emergency order to be guilty of a misdemeanor, which means the government must prove that the actions were not accidental or unintentional.

In a March 10 executive order, Gov. Whitmer declared a state of emergency across the entire state, citing her authority under PA 390 of 1976 and PA 302 of 1945. The order says that the state of emergency will last until “emergency conditions no longer exist,” but also claims to be “consistent with legal authorities” concerning “any limits on duration.” Presumably, this means that the governor plans to file for an extension after 28 days, if the situation requires it.

The orders issued in the past week have closed schools, prohibited assemblies of 50 or more and limited the operations of restaurants, bars and coffee shops, among other things. In doing so, they cite the state of emergency and the authority of the governor under PA 390 to use “executive orders, proclamations, and directives having the force and effect of law” during such emergencies. The governor’s actions may be unprecedented and difficult to scrutinize from afar, but they appear to be within her statutorily defined authority.

Thankfully, the state rarely needs to use these emergency powers. Michigan law provides the governor with broad, yet temporary, powers to set policies aimed at mitigating and preventing harm to the public health in an emergency. Hopefully, the actions Gov. Whitmer has taken will do just that.