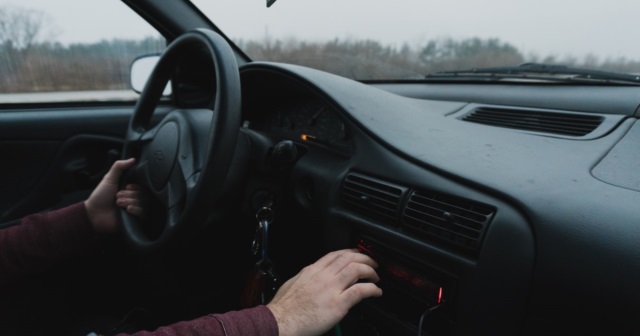 Though there may be a need for additional reforms

Editor's Note: This article was originally published in The Detroit News on May 6, 2020.

It seems like ages ago — before the 2020 elections and coronavirus flooded our screens — when Michigan legislators and Gov. Gretchen Whitmer agreed to significantly change Michigan’s auto insurance laws. If you’re like me, you’d prefer to give just enough thought to auto insurance to avoid being completely irresponsible. If that’s true, I have some bad news: You’re going to have to make new decisions about your auto insurance. But I also have good news: You can save money based on what you choose.

Much of the discussion on auto insurance centers on its price tag, and based on this fact alone, you could have made a good case for reform last year. Michigan residents consistently pay the highest premiums in the nation — at times, double the national average. But another statistic demonstrates the real failure of the old law: An estimated 20% of Michigan drivers went without insurance coverage. There’s something wrong with a law that 20% of the public intentionally violates. In Detroit, it was estimated that 50% of drivers were driving uninsured.

But all that is about to change — and there’s reason to be optimistic. Late last year, the state announced that the annual fee for the Michigan Catastrophic Claims Association, which all drivers must pay, will drop by at least $120 per car. But there are other ways drivers could save, too. Since Michigan previously forced everyone to buy the same insurance, most Michigan residents have not had to think about what level of coverage might be right for them for a long time. Some have never had to do that, actually.

The most significant changes relate to what’s called personal injury protection, or PIP. This is insurance coverage for medical services and some other costs associated with being injured in an auto accident. Previously, every driver was required to buy PIP coverage that was unlimited, even though only a tiny fraction of drivers would ever need it and even though this option is not even offered in other states. Under the new insurance system, drivers may select from a number of different options for PIP coverage for policies starting July 2 or later.

There are six different options, but only certain drivers are eligible for some of them. The first three choices are available to all drivers: PIP coverage levels of $250,000, $500,000 or unlimited. Capping your PIP coverage means you may be responsible for paying the costs that exceed these caps.

The new law requires auto insurance companies and agencies to give all policyholders a standardized form, created by the state, that describes the risks and benefits associated with each option. Drivers may select their preferred PIP coverage with this form, and those who do not make a choice will be defaulted to an unlimited PIP plan.

Although these choices vary, the tradeoff is essentially the same in each case: To reduce the cost of your premium, you have to accept a lower level of PIP coverage. If your insurer is only liable for a limited amount under your plan, it can offer you a reduced premium and still cover its costs. Similarly, if you choose limited PIP coverage — any of the five options that offer it — your MCCA fee will also go to zero.

In fact, the law requires insurers to reduce the premiums for PIP coverage for at least the next eight years. Mandated decreases in prices range from 10% to 45%, depending on what level of coverage a driver chooses. If you opt out of all PIP coverage, of course, you will have no PIP costs. But drivers should not confuse these requirements for their total premium costs. These mandates only apply to the cost of PIP, so if costs rise due to other factors, a driver’s total premium may not necessarily decrease by these amounts, or even at all.

Changing the requirements for PIP coverage is not the only way the new law tries to reduce costs for drivers, however. It also creates a “fee schedule” for the medical services an auto insurance plan buys for injured motorists. This specifies a maximum amount that auto insurers will have to pay medical providers for certain services. Previously, medical providers could charge as much as insurers could bear, and it was not uncommon to find providers charging two, three and even 10 times the amount they would bill other insurers. The fee schedule will put downward pressure on premiums, as evidenced by the already reduced MCCA fee.

The law also tries to regulate how insurers determine each driver’s premium. When setting a premium, insurers try to predict the costs a driver represents to them based on “rating factors,” which are influenced by a person’s income level, residence, educational background, occupation, etc. Insurers then charge a premium amount that covers those predicted future costs. This is important because the better insurers are at predicting their actual costs, the more competitive they can be by offering lower premiums. Michigan’s new law, however, prohibits insurers from considering certain rating factors, including gender, marital status, home ownership, credit score, education level, occupation and ZIP code.

It’s impossible to say what the effects from this change will be. It may significantly reduce premiums for some drivers, while simultaneously increasing them for others. These rating factor rules are the most restrictive in the country, and they could drive some insurers out of the market here. But the fee schedule might make the market become more competitive, if high medical costs were keeping out potential insurance providers previously.

The bottom line is that it is hard to predict both the aggregate and the individual effects these changes will have. But there are a lot of reasons to believe that most drivers, no matter which option they choose, will be able to realize some savings, especially compared to what they would have paid under the old system.

Policymakers should not rest on their laurels or lock this issue in the closet. The 2019 reforms were an attempt to fix Michigan’s unique, no-fault system of auto insurance, and while there’s plenty of reasons to be optimistic, there’s no guarantee that more reforms will not be needed. Other states have kept costs competitive for drivers under no-fault systems, so there’s hope Michigan can succeed.