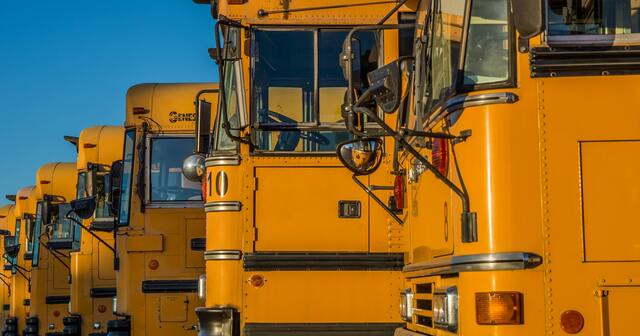 Editor's Note: This article first appeared in The Detroit News on December 15, 2019.

According to a recent estimate, there are more than 3,100 criminal acts defined in Michigan statutes, and lawmakers add dozens more every year, on average. No person could keep track of all these offenses, leaving citizens unsure if their behavior is potentially criminal or not: This is the problem of overcriminalization. A package of bills being considered in Lansing provides a perfect example of both how this problem develops, and the dangers of lawmakers creating so many crimes.

House Bills 5038, 5039 and 5040 aim to improve school bus safety. These bills would make it a misdemeanor to enter a school bus without the permission of the bus driver and a felony to do the same with the intent to physically hurt someone. The bills passed out of a House committee with a unanimous vote.

The bills appear to be in response to an incident that occurred earlier this year in Detroit. In January, two men jumped aboard a school bus, supposedly because the bus sideswiped their car, and beat the bus driver unconscious. The incident was captured on video and was widely reported. It was cited by supporters of the bills in committee testimony.

It is not uncommon for incidents that receive broad media coverage to lead to bills that create new criminal offenses. In many cases, this is all that is needed to convince lawmakers that they should create a new criminal offense. Where the bus safety legislation is concerned, the only other evidence offered that unauthorized school-bus boarding is a serious problem came from a county sheriff, who said that “twice in recent years” there were incidents in his county.

Even if this were a serious problem, there’s no reason to believe that creating a new criminal offense would prevent it. Think about the incident that inspired this legislation. Would those two angry men not have done what they allegedly did if it were against the law to board a school bus without permission? How many people would even know that such a law existed?

Plus, there are already criminal laws that can punish people who beat up school bus drivers, such as laws against assault. The only impact these bills would have had would be to allow prosecutors to add an extra charge against these perpetrators.

But these bills could have another result — a large negative impact on well-intentioned people who may accidentally board a school bus without permission. Consider parents of school children: If they get on a school bus to help their child, remind them not to forget something or greet another child, they may be subject to misdemeanor charges if the driver claims that he did not give the parents permission to board. Most bus drivers, of course, are not going to abuse this new power, but some might, especially if they have an ax to grind against a certain parent.

The bills make it a felony to enter a school bus “with the intent to do bodily harm,” punishable by imprisonment of up to one year, a fine up to $500, or both. How intent is to be determined is not addressed in the bill. Could a parent who enters a school bus to help their child and unknowingly carries a pocketknife onto the bus be charged with such intent and thus a felony?

Supporters of these bills need to make a convincing case that creating this new criminal offense is worth the risk of subjecting well-meaning parents and others to risks of unknowingly committing a new crime. They also must explain precisely how the law would deter people with ill intent from boarding school buses.

Lawmakers should remember that they cannot “fix” every problem. Sure, it would be great if they could pass a law that makes school buses the safest place on earth. But they can’t, and the consequence of “doing something” about school bus safety by criminalizing behavior that is perfectly harmless and socially acceptable increases the risks of well-intentioned people being subject to criminal charges.