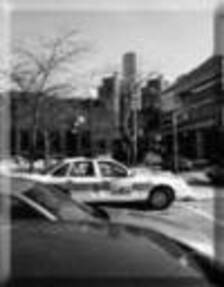 Detroit could save $700,000 annually just by contracting out oil-changes for its police cars.

Nearly four years after he left office, former Detroit Mayor and staunch privatization opponent Coleman Young surprised many last July when he proposed that the city contract with a private firm to improve quality and save nearly $700,000 annually. But the city may ignore this opportunity without bothering to find out why its public works department charges so much to change the oil in the city’s police cruisers.

Young, now deceased, said his proposal would save the city nearly 70% of the $1 million yearly cost of changing the oil in its 500 police cars. The deal would have resulted in a contract between the city and a private oil-change group comprised of Young and former mayoral aides. Young strongly opposed privatization when he was in office.

Young’s group indicated the savings would come from a quicker oil changing technique performed at 13 individual police precincts instead of at the current single Department of Public Works (DPW) location. Perhaps Young’s group also noticed that DPW, which competes with no one for the oil-change work, seemed to be charging very high costs compared to what typical consumers pay at private garages.

Private garages including Valvoline and Pennzoil typically charge $30 or less for a 15-minute oil change. Most automobiles require an oil change every 3,000 miles.

DPW doesn’t advertise its oil-change costs, but some of its cost information can be easily deduced from published reports. According to The Detroit News, DPW charges about $1 million to change the oil in 500 police cars for a year. Each change commonly takes an officer and his car out of service for up to 45 minutes. Slower service notwithstanding, if DPW is at least as efficient as private garages, an oil change should cost DPW no more than $30.

At $30 per DPW oil change, $1 million worth of oil changes for 500 police cars buys about 67 oil changes per car per year—that’s one for each car every 5 or 6 days on average. To need that many oil changes in so short a time, the police cars should each be putting on 200,000 miles per year.

To drive that many miles in a year, each car must be moving, on average, just under 23 miles per hour, 24 hours per day, seven days per week. That allows no stopping to catch crooks, no sitting at traffic lights, and no time for oil changes.

Of course, all 500 cruisers don’t average 23 mph around the clock, so that cannot explain why DPW charges $1 million to change the oil. It’s possible that police cars require slightly more oil changes per mile than typical vehicles, but a more likely explanation is that DPW is less efficient and more costly than private garages. It’s at least $700,000 more costly than one private bidder says is needed to do the same work.

DPW employees need not be threatened if the oil changes are opened to competition. When Indianapolis put its fleet service management up for bids, city employees ultimately won the work by promising $8 million in productivity savings, beating the three large, private firms.

The city has not yet taken action on Young’s money-saving privatization proposal. Mayor Archer’s spokesman has said the mayor has never been in favor of privatizing city services, but Archer has supported Detroit’s recent privatizations of streetlight maintenance and Detroit Institute of Arts management. Archer should likewise see open competition for police cruiser maintenance as a way to stretch the city budget, improve quality, and ultimately enhance public safety.