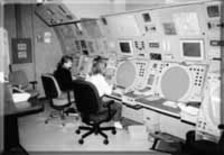 Air traffic controllers keep close watch on incoming and outgoing traffic. But in 1997, the nationwide percentage of near-miss incidents increased by 22% from the previous year.

While this is good news for the aviation industry, there may be clouds on the horizon for domestic air travelers. The National Civil Aviation Review Commission has warned that congestion in the overburdened and outdated U.S. Air Traffic Control system (ATC) threatens the nation’s aviation safety (last year there were 225 near-collisions over the U.S.). The Commission forecasts serious gridlock in American air travel unless changes to the ATC system are made soon.

How outdated is the U.S. ATC system? Most radar equipment is twenty to thirty years old, and much of the system is still dependent upon mainframe computers and vacuum tube technology. The United States is the world leader in both aviation and satellite information technology, so how could an area as important as airline safety be so woefully behind the times?

The answer may be due in part to an inherent conflict of interest within the Federal Aviation Administration (FAA), the regulatory body that owns the U.S. ATC system. The FAA as a government agency is charged with both regulating aviation safety and administering the ATC system, notes Robert Poole, Jr., president of the Los Angeles-based Reason Foundation and a longtime transportation policy analyst. Poole cites three other problem areas within the current ATC system:

• The civil service personnel system is inadequate. It does not offer the combination of good compensation and working conditions necessary to attract and retain talented, experienced air traffic controllers.

• The ATC system’s source of funding is restrictive. Its reliance on annual federal appropriations (about 40% of ATC funding) for much of its budget and its inability to borrow in capital markets makes modernization difficult. The other sixty-percent of its funding is derived from taxes on such items as airline tickets, cargo, and general aviation fuel.

To resolve some of these issues, the Clinton administration in 1995 proposed making the entire U.S. ATC operation into a government corporation. This new U.S. Air Traffic Services Corporation would be federally chartered and government-owned but more independent, operating in a way similar to the U.S. Postal Service.

While this might alleviate a few of the ailing ATC system’s worst symptoms, it would not treat the underlying disease. A better solution may involve no more than a look to the north.

Canada once faced the same problems with its national ATC system, but rather than pursue a government solution, officials there opted for privatization.

Concluding that entrepreneurs and stakeholders, not politicians, were better able to manage money and run an efficient company, Canadian officials in 1996 closed a $1.1 billion sale of the country’s ATC radar stations, control towers, and automated networks to a not-for-profit organization called NAV Canada.

The result is the first fully privatized air navigation system in the world. NAV Canada is controlled entirely by its users and operators: the board of directors is made up of aviation stakeholders, such as airport executives, and not politicians or bureaucrats.

Though NAV Canada is a nonprofit corporation, its independence from the political process allows it to function more like an entrepreneurial enterprise than a government bureaucracy. Instead of depending on political subsidies, for example, the Canadian ATC system is now free to finance itself through debt and user fees like any other private organization.

Privatization has increased the safety and lowered the costs of air travel in Canada. By contrast, billions of dollars are spent every year in the U.S. on wasted fuel, crew, and passenger time due to delays caused by the obsolete U.S. ATC system. A March 31 USA Today article highlighted a survey of FAA safety inspectors and found that two-thirds of the respondents admitted they let violations slip by rather than fill out the mountains of paperwork needed to report them to indifferent superiors.