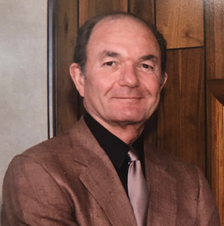 On Aug. 15, 2020, the world lost a giant in the passing of Sheldon Rose. He was a husband, a father, a grandfather, businessman, philanthropist and freedom lover. Under his leadership, residential developer and management company Edward Rose & Sons, experienced exceptional success, and the causes he supported through his philanthropy made an immeasurable impact on the world.

Sheldon’s deep commitment to his principles led him to support numerous causes and organizations in the liberty movement. Thanks to his efforts, countless young people around the world became introduced to ideas of freedom for the first time. Many of those young people found their lives set on a new trajectory as a direct result of his generosity. Some of them have even found themselves working as staff members or interns at the Mackinac Center.

According to the Center’s president, Joseph Lehman, “Sheldon Rose’s commitment to freedom helped show what a state think tank was capable of. He began financially supporting the Mackinac Center in 1990 when we had big aspirations but few big successes. His support helped build the organization that led the way, over the longest period, to making Michigan a right-to-work state.”

Through the regular dinner events that Sheldon took joy in hosting, Metro Detroit became a destination for such high-profile speakers as P.J. O’Rourke, Walter Williams and David French, as well as leaders in such prominent organizations as Cato Institute, Institute for Justice, Institute for Humane Studies, and London’s Institute for Economic Affairs. These events forged a deeply rooted community of freedom-lovers in Southeast Michigan and made the region a hub for the global liberty movement.

The generosity of the Rose family led to the establishment of the Rose Cancer Center at Royal Oak Beaumont hospital to help make leading cancer treatments available to the region. Even in Sheldon’s passing, the Rose family continues its commitment to the well-being of the community through this work.

By the age of 93, Sheldon Rose had touched the lives of countless individuals through his business, kind nature, devotion to his principles and his generous spirit. There is no doubt that the world is a significantly freer, healthier, and more prosperous place because of his work. The Mackinac Center is honored to have known and partnered with him, and friends of liberty everywhere should celebrate the life well-lived of Sheldon Rose with gratitude to his family for keeping alive the spirit of his enormous legacy.