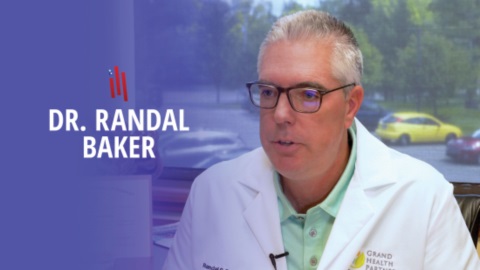 The Mackinac Center Legal Foundation, at the state’s highest court, secured a historic victory that protects and preserves our representative form of government. Gov. Gretchen Whitmer pushed her executive authority to extremes no governor before dared attempt, and the Michigan Supreme Court ruled that she went too far. In a unanimous decision, the court determined that Gov. Whitmer violated state law, and in a 4-3 decision, ruled that the legal authority she used was also unconstitutional.

The governor’s go-it-alone approach to responding to the coronavirus pandemic led to a predictable public outcry. She issued orders that restricted the behavior of every single Michigander — orders that were often confusing, inconsistent and, at times, contradictory. The scope of power the governor exercised, the court determined, was more than anyone else has ever wielded in this state.

While Gov. Whitmer was apparently so focused on her control over COVID-19, she seems to have missed all the destruction her unilateral orders caused. Particularly damaging were her restrictions on elective surgeries, which prevented an untold number of patients from getting the care that they needed.

The Mackinac Center Legal Foundation came to the rescue, suing the governor in federal court over these restrictions. Recognizing she would easily lose the case, Gov. Whitmer rescinded this harmful executive order.

While this was troublesome enough, the governor, through her actions, also challenged the foundational principles that hold up our democratically controlled system of government. She argued that it was proper for a governor to determine when a state of emergency exists, dictate law throughout the duration of that emergency and be the sole determiner of when that emergency ends. The court saw this for what was: a loophole around the constitutional requirement that executive, legislative and judicial powers be kept distinct and separate. With it in place, there can be no checks and balances on the abuse of power.

Gov. Whitmer has done everything she can, it appears, to politicize every challenge to her emergency powers. As a result, the public is largely divided along partisan lines about what needs to be done to contain and mitigate the damage of COVID-19. We can all differ on what risks people should be able to assume and which policies are required. But everyone should agree that a single public official, no matter how well-meaning and serious, should not be empowered to commandeer these policies unilaterally.

Since we opened shop in 1987, the Mackinac Center has focused on developing policy expertise and legal capabilities to take on challenges like this — ones that threaten the foundations upon which our system of government is based. This year, we have pursued and preserved our individual rights and representative form of government from perhaps the most serious challenge a Michigan public official has ever presented against it.